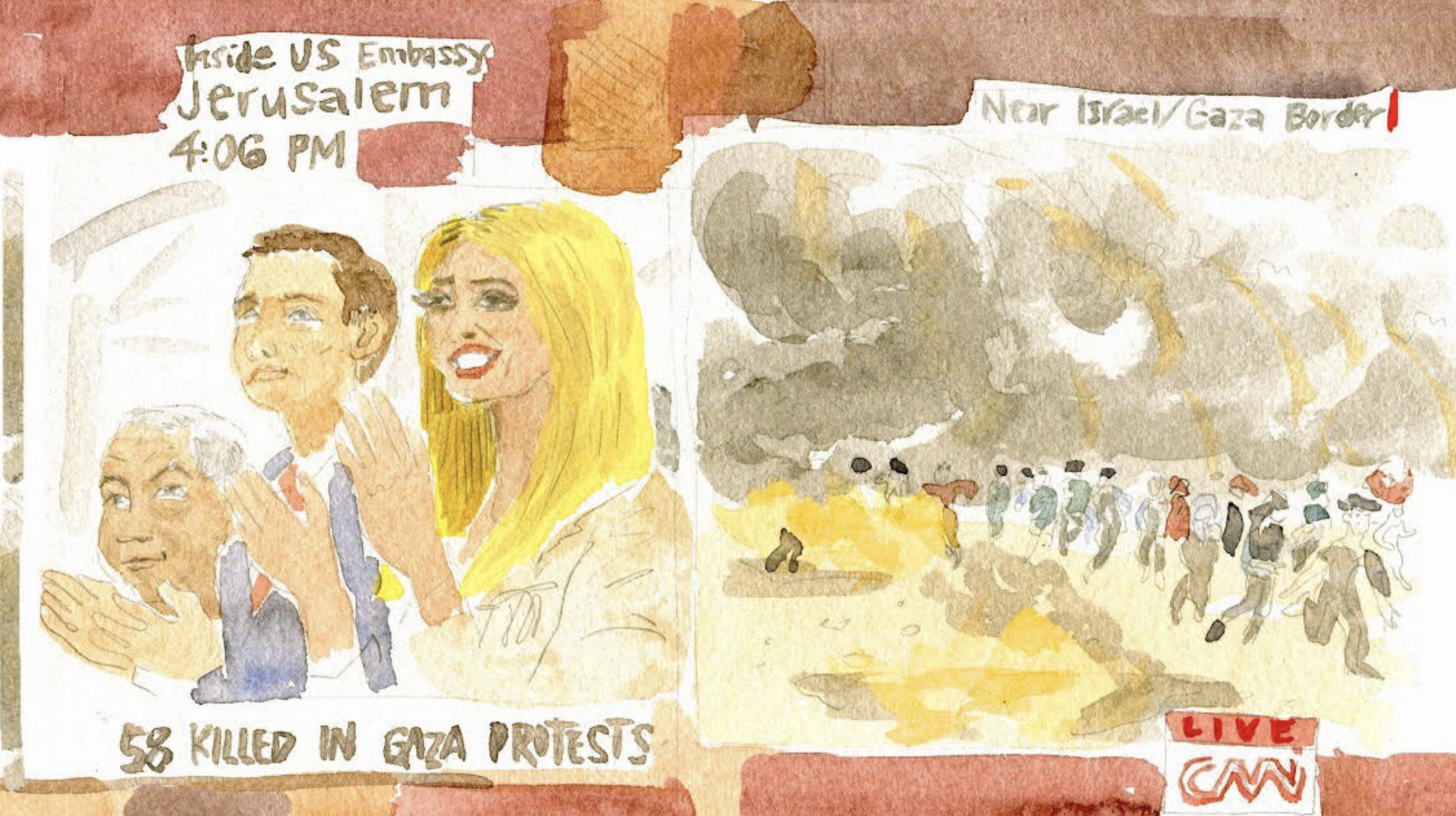 The Split Screen View in Jerusalem and Gaza

One split screen wasn’t really enough for the asymmetries we’re looking at now, but there it was: Ivanka unveiling the Trump embassy plaque in Jerusalem, and 40 miles away, the massacre at Gaza, Israeli soldiers killing dozens of Palestinians in unarmed protest. It was a 70-year birthday party on the ground of what the Arabs of Israel call their 70-year-old catastrophe. It would take another split screen to see the pulling apart of the Atlantic alliance, the broken consensus on keeping nuclear arms out of Iran. More split screens would show other breakdowns underway—in the attachment of American Jews to Israel, for example, and a deepening split over the odd couple, Netanyahu, and Trump: in the US, four out of five Republicans love them; three out of four Democrats do not.

This was a juxtaposition of buzzwords and loaded images—realities and truths, as people kept calling them–to challenge and possibly change the grand narrative of where the world is at, and not just in Israel or the Middle East.  So we are listening to this hour for adjustments in storylines among a sampling of interested parties: Jewish, Palestinian, American and more.

Guest List
Susannah Heschel
Eli Black Professor of Jewish Studies at Dartmouth College and author of The Aryan Jesus: Christian Theologians and the Bible in Nazi Germany
Jehad Abusalim
Phd candidate in history at New York University and Gaza-born policy analyst
Amahl Bishara
professor of anthropology at Tufts University and author of Back Stories: U.S. News Production and Palestinian Politics
Steven N. Simon
professor of history at Amherst College, former diplomat, and author of The Long Goodbye: The US and Middle East from the Islamic Revolution to the Arab Spring
Reading List
Watching the Occupation at a Close Distance
Amahl Bishara
Surveillance cameras capture the violence as it unfolds in Gaza and the West Bank.
From Truman to Trump: The Tragic Trajectory of the U.S.-Israeli Alliance
Steven Simon
This year Israel marks its 70th anniversary. But, punctuated by Trump’s cartoonish Middle East policy, it's a melancholy milestone for America-Israel relations, marking the deterioration of the ethics and ideals that once bound them together.
Why This Trailblazing Feminist Puts an Orange on the Seder Plate
Susannah Heschel
Susannah Heschel addresses Conservative Judaism, academia, migrant rights in Israel and the 'invisible mechitsa.
Following in my father's footsteps: Selma 40 years later
Susannah Heschel
Just forty years ago, on March 21, 1965, Martin  Luther King, Jr., led thousands of marchers across the Pettus Bridge, from Selma to  Montgomery, Alabama, in one of the great historic moments of the Civil Rights Movement. The greatness of that Selma march continues to reverberate because it was not simply a political event, but an extraordinary moral and religious event as well. 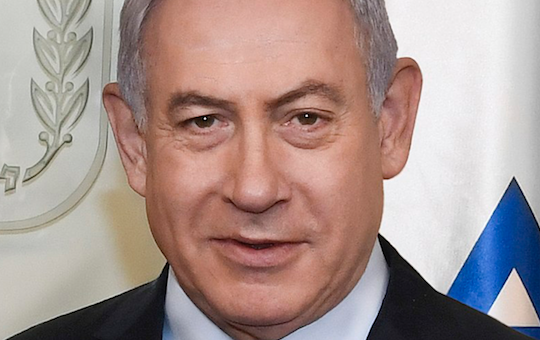 Click to Listen to the Show (24 MB MP3) But can they forgive Kerry? [kenyee / Flickr] Everything in this office comes with a Red Sox analogy, and today we’re looking at...