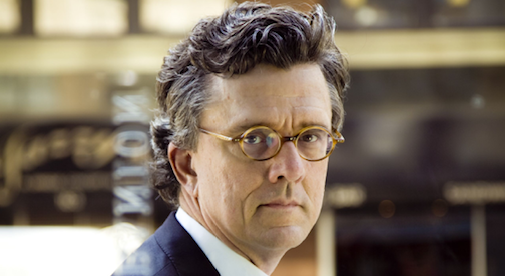 The Unmaking of America

Did you believe the investor Warren Buffett (net worth $80 billion) when he let down his guard a bit and said, “There’s class warfare, all right . . . and it’s my class, the rich class, that’s making war, and we’re winning.” That was years ago, and he sounded almost embarrassed, but the war went on and the unhappy end of it may be near. Kurt Anderson’s 40-year scorecard makes it a wipeout for wage workers, and the birth of a tiny wealth class that owns enough of the country now to control it. You could feel we’re getting a backstory here of the rueful, retro political conventions this month, and the end of the 2020 presidential race: it’s everything we didn’t want to know about the danger we’re in, and how we got here.

What you won’t hear at the big political conventions is that both parties have worked hand-in-hand for 40 years now to shift so much wealth to the very rich as to change the culture, and character—perhaps the fate—of our country. We’ve heard pieces of this story: tax cut after tax cut, the greed-is-good ideology, the 600 billionaires that now own more wealth than 200 million Americans do altogether. Kurt Anderson’s telling is different, mainly because it’s personal. He’s been a sprightly, innovative, and successful journalist, founder of the satirical Spy magazine, also Studio 360 on public radio, but his new book is told almost as confession. These are the stories he missed or misunderstood, alarms he didn’t hear, the social and psychological prices of economic unfairness and political scheming; the connections he didn’t make. The book is Evil Geniuses: The Unmaking of America–A Recent History. He sums it up toward the end as an account of “how we let a powerful clique and its enablers turn a quintessentially modern and reasonably fair political economy that led the world into a freakishly old-fashioned and unfair one.”