The Value of a Life

The Value of a Life 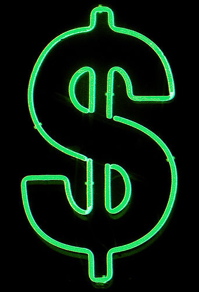 When we were putting together our show, The Good Death, we spent a lot of time discussing the most cost effective way to die. These conversations often had us talking about the other side of the equation: what is the value of life.

For nearly three years this question became the center of Kenneth Feinberg’s existence. A mediation attorney, Fienberg was appointed to head the 9/11 Victim Compensation Fund.

I was asked to play Solomon, to be both judge and jury, in calculating appropriate compensation in each individual case. But how do you presume to put a dollar value on a life that ends prematurely? How do you calculate a victim’s pain and a survivor’s emotional distress? It is a near impossible task.

Kenneth Feinberg, What is Life Worth?

‘What is a life worth?’ is an age-old question but it is one that is answered every day, in subtle ways; from the headlines in the New York Times to the obits in the back–who’s making the cut?

How do you value your life? Would you put a higher price on the guy next door or the guy halfway across the world? Who would be the person you’d save from the burning building? As a nation what countries are we chosing to rescue from the burning building? Have 9/11, The Tsunami, Katrina, the ongoing carnage in Iraq and Darfur changed the way you value life– yours or anyone else’s?

We’ll be discussing this from relative viewpoints. Give us your thoughts, whether they be actuarial or existential.

Mediation attorney, special master of the September 11th Victim Compensation Fund, author, What is Life Worth?

Melly, Sometimes I Hate Being Right, All Kinds of Writing, August 3, 2006.

PGA: Value of a Life

There are always gems from pre-interviews with guests that don’t make it on air. After last night’s show, Chelsea wished that she’d heard Rabbi Hirschfield and Professor Singer debate the...