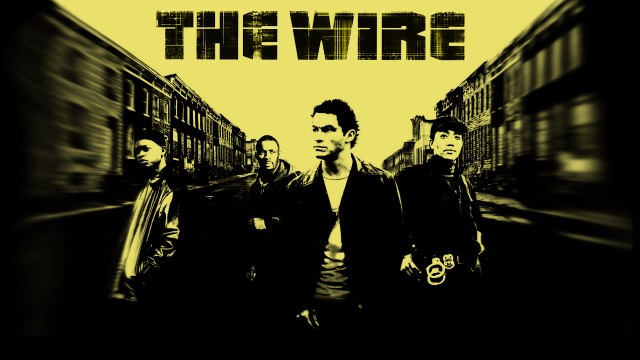 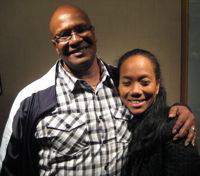 “The Wire” was the genius series on HBO that “revealed” Baltimore today (“Bodymore, Murderland”) the way Dickens’ Bleak House and Oliver Twist revealed 19th Century London. It was “reality television,” finally, about no-go America: not just terror-stricken drugged-out public housing but the complexity of human responses inside it. It was the new-media breakthrough that made producer David Simon an authority on how and why old media failed. It was the series that retired in glory after five years, but in DVD release is still challenging all our mythologies of drugs, race, schools, work, want of work, and police work.

First Middlebury, then Duke, now Harvard are teaching courses around The Wire, because as the esteemed Harvard Sociologist William J. Wilson put it, the show goes deeper into the challenges and inequality of urban life than social science ever has. This is television that changed also the people who made it. Our conversation is with two of the key contributors who are part of teaching the Wire are also still dealing with what it stirred up in their own lives. First, the real Donnie Andrews, a “ghetto famous” free-lance killer of drug dealers in Baltimore who fired up the idea of The Wire and inspired “Omar,” a main character in it. Ed Burns, later a co-producer of The Wire, was Donnie’s arresting officer. David Simon covered the story for The Baltimore Sun:

It was during a time when I think I was at my lowest point, because I had just lost a very dear friend of mine, who died in my arms… As he was dying, he asked me who he was, who was I? And I told him: Donnie. He said “Donnie, I can’t see you.” At that point I realized, I couldn’t see myself either. That was the turning point for me. It was like we had a war going on, a drug war, in Lexington Terrace. We were always assigned to take somebody out. And the guy I took out, I already put like 4 bullets in him, and I stood over top of him, and he looked up and asked me: why? I stood there for what seemed like an eternity trying to figure out that question, why am I doing this? He’s black just like me, got a mother, brother, sister, family, just like me, and I just took everything from him. And I don’t even know why. And at that point it began to turn my life around. So I went home and I read the Bible. Paul. I read Paul. I didn’t come out of the house for like 2 days, and I just kept reading Paul over and over. Finally I realized that if Paul, who did basically same thing that I did, God forgave him. And converted him, so maybe he can do the same for me. So I got on my knees and I prayed.

My first year on The Wire was absolute torture. For some reason, and I didn’t know at the time, I would get on the set, and many times I couldn’t remember my lines, I would go into a little bit of a panic, and it just – it was something I just couldn’t figure out. And I thought, gosh, am I really this bad of an actor? I later started learning about complex PTSD, and realized that a part of my brain was just shutting down, the entire year I was shooting The Wire. I’ll give you an example: my mother was battered by my father on a somewhat regular basis. And in the neighborhood, you don’t ever call the police, ever. You don’t snitch and you don’t call the police. But there were a number of times when I thought my mother was going to be killed by my father, and I would go upstairs and call the police, hoping that my mother was going to be alive when they came. And the police would come – and I thought “wow, thank god, they’re going to take him away.” And they would talk a little bit, and they would leave my father there. I would go, “why aren’t they taking him away?” and then after a course of time, third, fourth time, they would come and just sort of smirk and snicker, just kind of pooh-pooh this thing away. And I started to hate the cops, because I thought “you guys are supposed to help me, you’re supposed to save my mother, and it’s not happening, and as a matter of fact, you’re now laughing at my family.” So I realized, one reason I couldn’t step into the character of a cop is because I had such deep resentment for the cops, and a lot of pain, that eventually I had to unravel.

Not the least of Harold Bloom’s many charms for me is that he bridges poetry and jazz, to which our conversation turns. Bloom combines ardent fan-hood and that incomparable gift...

Sanders, Socialism, and the Youth Vote

For the election watchers who were dissatisfied after the statistical stalemate in the Iowa caucuses, here’s a result worth wondering over: six to one! That’s the margin by which Iowa Democrats...