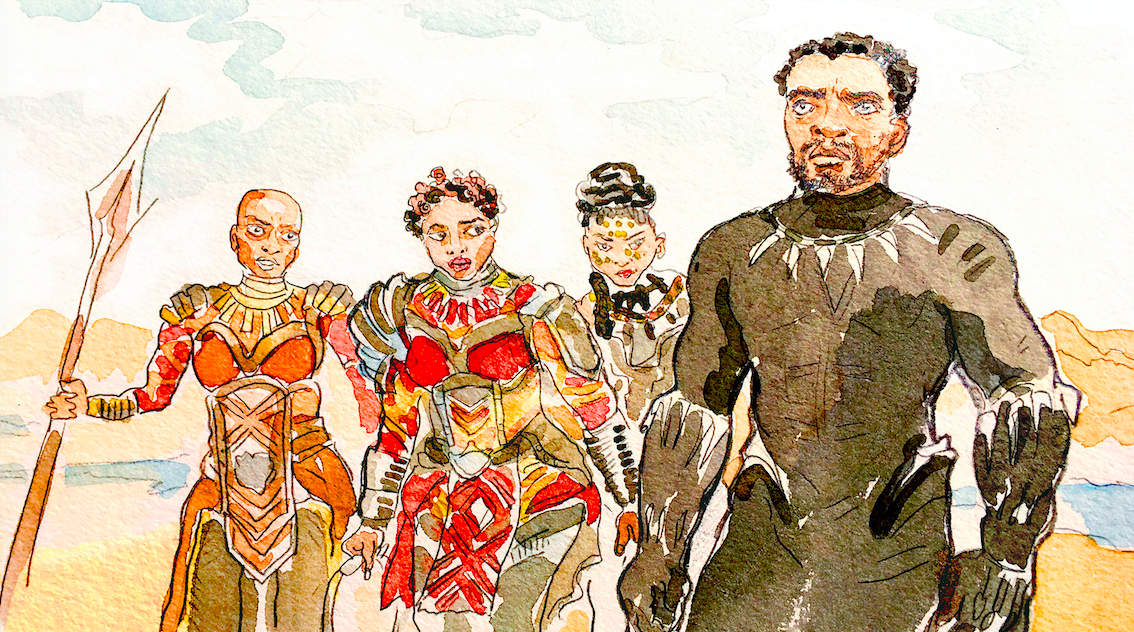 The World of Wakanda

Black Panther, the movie, is heading toward $1-billion at the box office on just its third weekend. Already it seems that commercial success is likely not what Black Panther will be remembered for. It is a grand coming-together of African-American cultural production. The story in it is a mix of myth and magic in the made-up African nation of Wakanda.  It’s a technologically advanced society in a land that was never got colonized; and it holds the world’s only big deposits of an all-powerful mineral element, vibranium. Wakanda is an immense showcase of black agency and so is the movie Black Panther, in all the arts: writers and actors working off fact and fantasy, imagination and history and tough-minded politics, too. In the stunned aftermath, not least of the marvels about this movie is realizing that Black Panther, the character—and a lot of his immense fan base—is built on the culture of comic books that lots of us have never read. So this hour’s inventory of Black Panther first impressions begins with those drawings going back even before the Marvel Comics series began in the 1960s. John Jennings leads the way. Prolific in comic books and illustrated novels—like Octavia Butler’s Kindred, for example—Jennings grew up drawing in Mississippi. He’s Professor of Media Studies now at the University of California, Riverside. He’s dedicated his new anthology, Black Comix Returns, “to all the little black boys and girls who never have to know what it’s like NOT to see yourself as a hero, as subject, as vital to the society you live in.” Ytasha Womack joins us from Chicago. She is a dancer, filmmaker, and futurist, who describes herself as a “champion of humanity and imagination.” She also wrote the book on Afrofuturism—the cultural aesthetic which links T’Challa, King of Wakanda, to the great jazz eccentric from Alabama, Sun Ra.

Harvey Young is our resident theater critic as well as the new dean of the College of Fine Arts at Boston University.  He’s written a lot about black performance, most notably in his Chicago oral history, Black Theater is Black Life. Brooke Obie is a a full-time writer and novelist who’s seen Black Panther five times so far. In her review of the movie for the black cinema site Shadow & Act—she puts forward a strong defense of “Eric Killmonger and the lost children of Wakanda.”

Olúfẹ́mi O. Táíwò grew up in the north suburbs of Cincinnati as the child of Nigerian immigrants He’s now a PhD candidate at UCLA and will soon be an assistant professor of philosophy at Georgetown. His family history makes him still wary of the warrior class represented by Killmonger in the film. Evan Narcisse, the lead writer for Marvel’s “Rise of the Black Panther” series, was born in Brooklyn of Haitian parents. He grew up with the legend of Toussaint Louverture, who led a slave rebellion against French colonists and finally beat Napoleon’s Army to liberate Haiti—the only time ex-slaves defeated a great power for their freedom, for which Haitians paid a terrible price. That too is part of what Evan Narcisse brings to his work on Black Panther.

Douglas Wolk of Austin, Texax is our unofficial “dean of American comic book critics.” He has made it his life’s mission to read “all of the Marvels” and will soon write about them. This week, he gave us the short form on what they all mean.

Guest List
John Jennings
professor of media studies now at the University of California, Riverside and co-editor of Black Comix Return
Ytasha Womack
filmmaker, dancer, and author of Afrofuturism: The World of Black Sci-Fi and Fantasy Culture
Harvey Young
dean of the College of Fine Arts at Boston University and co-author of Black Theater Is Black Life: An Oral History of Chicago Theater and Dance, 1970-2010
Brooke Obie
freelance writer and author of Book of Addis: Cradled Embers
Olufemi O. Taiwo
incoming assistant professor of philosophy at Georgetown University
Douglas Wolk
author of Reading Comics: How Graphic Novels Work and What They Mean
Reading List
Black Panther and the Invention of ‘Africa’
Jelani Cobb

On Killmonger, the Villain of Black Panther
Doreen St. Felix 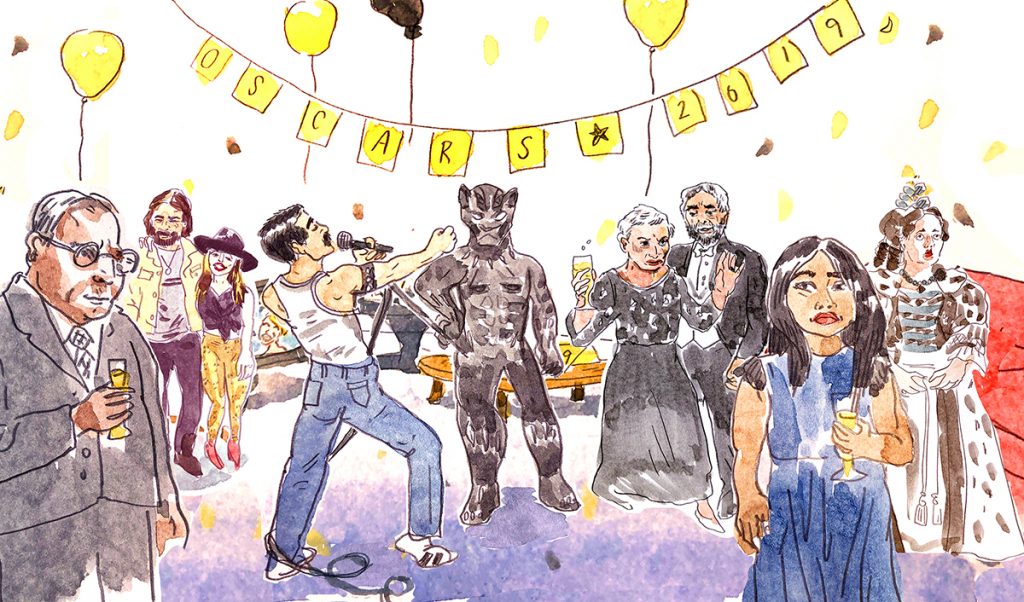 A conversation about the movies with A. S. Hamrah, Beth Gilligan, Katherine Irving. We’ve reached that odd ritual of cultural reckoning. Between the Super Bowl and Opening Day of the national... 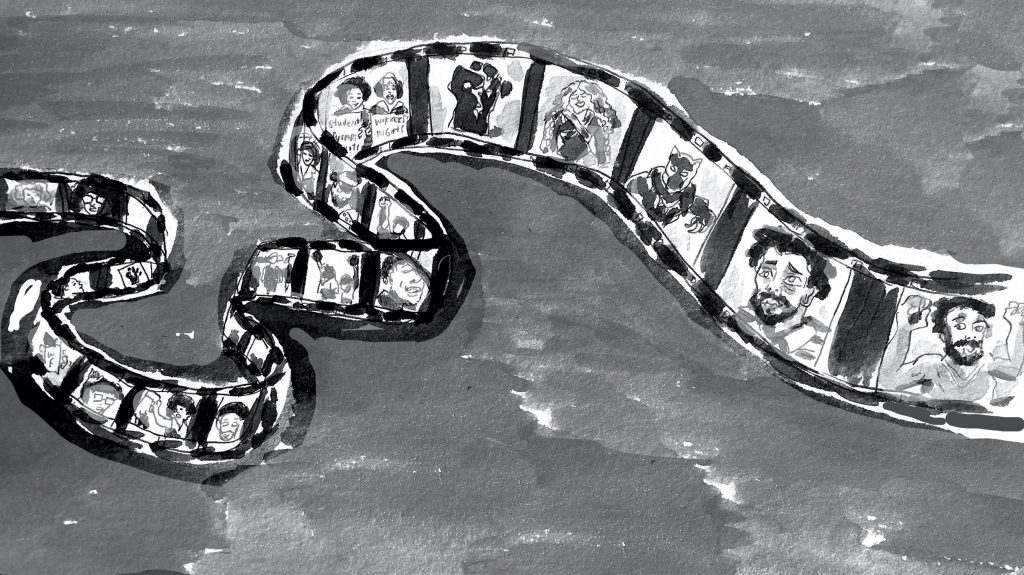 A new wave of black arts has surfaced in the mainstream of American popular culture. It’s not your standard entertainment, and not “art for art’s sake” either. On big screens...