They Got It Right: (4) Steve Van Evera

They Got It Right: (4) Steve Van Evera

Steve Van Evera — as prolific, engaged, unbuttoned and accessible online as his MIT colleague Barry Posen — foresees a US air assault on Iran that could run to five days and 1000 sorties; and then a certainty that “Iranians will respond.” 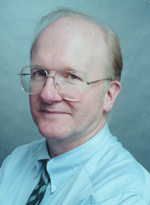 Informed guesswork: “They can wreck our whole project in Iraq,” Van Evera says, if they are willing to live with the wreckage of a failed state next door. “They have capable terrorists” in the Western hemisphere as well as the Middle East. “They could interrupt the world’s oil traffic, they could attack Israel, they could have Hezbollah attack Israel.”

Why are we playing with this fire? Mainly, Van Evera argues, because the neo-conservative cult in the Bush-Cheney White House — “isolated… cloistered… the wrong crowd to run anything” — has not been broken. And it hasn’t been broken mainly because the “intimidated” Washington press has barely covered the “vast imperial program” in the fantasies and the published texts of principals like David Wurmser, who should be a household name but isn’t. Paul Wolfowitz and John Bolton are out of office and out of the news, but their dreams have not died in the Vice President’s office.