On the other hand… Peter Liberman forms his own category in this sampling. Let us call him an Optimistic Realist. Meaning: he doesn’t expect the US can or will attack Iran. It’s his observation that the popular American feeling after the Iraq misadventure has turned decisively against the “collective psychosis” involved in attacking countries that had nothing to do with an attack on us. And he believes that Israel has never been in anything like nuclear danger from either Iraq or Iran, and that this wisdom is sinking in here, and there. 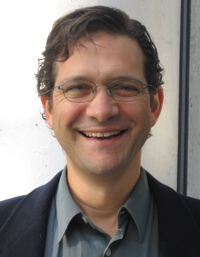 Among the signers (five years ago!) of the prescient New York Times ad arguing that “WAR WITH IRAQ IS NOT IN AMERICA’S NATIONAL INTEREST,” Peter Liberman of Queens College at the City University in New York was a relative youngster, ten years out of the Ph.D. program at MIT, but a prolific student even then of the psychology as well as the strategies of war, occupation, conquest and resistance. Signing the ad in September, 2002, he recalls “was really a no-brainer.”

Among the unconventional points in our conversation: Never, in Peter Liberman’s view, should an assault on Iraq, or Iran, have been justified by — or confused with — the Israeli security dimension. “I think of Israel as being quite secure from both Iraq and Iran,” he said. “Israel has probably a few hundred nuclear weapons… and any Iraqi or Iranian government would be crazy to try to attack Israel. They never had any real strategic incentive, or anything more than a PR incentive, to condemn Israel, or attack Israel. And condemning is a lot cheaper than attacking.” Israel, he wanted to remind us, has an absolute regional monopoly on the ultimate weapon. An overt attack by a neighboring nation on Israel, he said, “is not plausible.”

Unlike his main mentor Barry Posen, Peter Liberman sees the great unarticulated middle of American opinion “much closer” to a more restrained, more reflective, more “realist” foreign policy. He senses a “new-found skepticism” in the public and caution in the media after the siege of “collective insanity” in which so many swallowed the Iraq war rationale “hook, line and sinker.” He argues it would take another attack on American soil — something like a full 9.11 sequel — to build anything like the political foundation for war-making against Iran.

The touchstone of Peter Liberman’s “realism,” he noted, is Carl von Clausewitz and the understanding of war as an instrument of political interest — not of revenge or abstract principle. Nothing plays more havoc with politics than the warfare of counter-insurgency, or of nation-building, as he said in our conversation. And thus the quicksand of Iraq.

While the Bushies did fall prey to the victory-for-its-own-sake syndrome, a few like Wolfowitz claimed to have far-reaching political objectives–even if hopelessly unrealistic ones, like the political transformation of the Middle East.

Where they really failed miserably was in not looking systematically at past occupations and regime change efforts, or taken the advice of those who had (like the Rand Corp, the CIA, the Council on Foreign Relations, the Center for Strategic and International Studies, etc.). Had the Bushies done so, they might have awoken to the fact that they were about to step into a booby trap. Wolfowitz had a Political Science PhD from Chicago, and [Condoleeza] Rice from Denver, which goes to show either that the owner of a PhD can forget their social science training, or that a lot of international relations PhDs–especially up through the 1970s–did not get rigorous training in the first place.

Can anybody head off a new war that we know will end badly? This is Shibley Telhami’s question at the end of our conversation about the Iran sequel to...