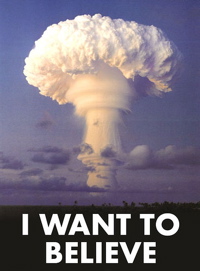 We hardly need to be reminded that we are living in an age of confusion — a lot of us have traded in our beliefs for bitterness and cynicism or for a heavy package of despair, or even a quivering portion of hysteria. Opinions can be picked up cheap in the market place while such commodities as courage and fortitude and faith are in alarmingly short supply.

In the spring of 1951 renowned broadcast journalist Edward R. Murrow launched the radio series This I Believe. Each episode featured someone — be it a Supreme Court Justice or a secretary — reading an essay that articulated the core principles guiding his or her life.

The bland landscape of the 50s was punctuated by mushroom clouds, the Rosenberg execution, the early rumblings of the civil rights movement, and Elvis Presley’s pelvic thrusts as the US toggled between The Age of Conformity and The Age of Anxiety. Edward R. Murrow recognized that if the country were ever in need of a reality check this was it and he stepped in as its lone facilitator. The unprecedented outpouring of personal beliefs not only sustained the series for five years, but helped to restore the country’s eroding common ground. 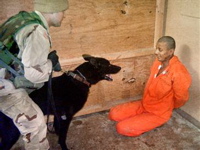 Producers Jay Allison and Dan Gediman understood that the time seemed to demand another biopsy of America’s belief systems. They have picked up where Edward R. Murrow left off by reviving This I Believe. They’ve cultivated a new crop of essays, which you can hear on NPR twice each week, once on All Things Considered, and once on Morning Edition.

Writing about our beliefs is, as Jay Allison puts it, “an exercise in philosophical self-examination in the public context. It rises from the grass roots, where people can begin to listen to one another, one at a time.”

Jay Allison, and contributors to This I Believe, from both series, will join us to remind us of the importance of tapping into our beliefs. Do you know what you believe in? When was the last time your belief was tested? Is it easier for you to recognize the values that guide your life when times are tough or tranquil? Have your beliefs changed over time or are they what ground you as times change?

If you haven’t submitted an essay to This I Believe, please consider entering one here. We would love to have you also share an excerpt of your essay on this comment thread so that we have the opportunity to include it in this broadcast.

Professor of Mathematic and Physics, ,Columbia University, author, The Elegant Universe: Superstrings, Hidden Dimensions, and the Quest for the Ultimate Theory, The Fabric of the Cosmos,

Extra Credit Reading
This I Believe, npr.org, November 27, 2006: “Based on a 1950s radio program of the same name, Americans from all walks of life share the personal philosophies and core values that guide their daily lives.”

Behind the Scenes with Nubar Alexanian

Portraits are often the most difficult to shoot. I’ve always wondered is it enough for a portrait to simply be about someone looking into the camera instead of what...