Let Richard Holbrooke be our conversational measure of what the Democrats are prepared to say and do in foreign affairs… to repair a “worse than Vietnam” blunder in Iraq, to undo a factional “hijacking” of American power, to recover a good name in the world.

Bill Clinton’s peacemaker in the Balkans in the ’90s and last UN Ambassador, Holbrooke will be in the scrum again if any Democrat wins the presidency next year, and a good bet for Secretary of State if Hillary Clinton wins. In the meantime he’ll visit us every month or so at the Watson Institute for International Affairs at Brown University. Holbrooke cut his teeth in journalism and politics at Brown and graduated in 1962 — by chance, the same refulgent Spring when I graduated from Yale, and JFK’s commencement oration teased that he had now “the best of both worlds, a Harvard education and a Yale degree.”

Confident cosmopolitanism in the JFK style is stamped on Dick Holbrooke and still shines through a tough professional education in the field — as an AID officer in Vietnam in the ’60s, Peace Corps director in Morrocco, managing editor of Foreign Policy and assistant Secretary of State for East Asia under Jimmy Carter in the ’70s. Then he was an assistant Secretary of State again, under Clinton, this time for Europe, and of course, the strongarm of the Dayton agreement that ended the war for Bosnia in 1995.

To End a War, his Balkan memoir, ended on what is now an ironic note of anticipation:

“There will be other Bosnias in our lives – areas where early outside involvement can be decisive, and American leadership will be required. The world’s richest nation, one that presumes to great moral authority, cannot simply make worthy appeals to conscience and call on others to carry the burden. The world will look to Washington for more than rhetoric the next time we face a challenge to peace.”

A decade older and wiser now, Holbrooke is sobered but not exactly chastened by his own misestimation of the odds in Iraq. Not for him Bill Richardson’s line (which might be mine) that “Iraq is a symptom. The disease is arrogance.”

In the Holbrooke view of the US in Iraq, our comeuppance, in any event, is that by now “all the solutions are bad, some are worse than others.” 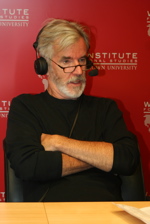 The nominal American expectation of a restored democratic authority in Baghdad is openly at odds with the rise of Kurdish near-sovereignty in the North and Iranian influence over the Shiite South.

“The situation is not amenable to a single central-state solution,” Holbrooke concludes. “It just won’t work,” and perhaps nothing else will until Iraqis have slashed and suffered their way toward an understanding of “the genius of federalism” and the natural reality of decentralized power in their divided land. This happens also to be the lesson of Holbrooke’s experience in the former Yugoslavia.

Our conversation at the Watson Institute this week is here in two segments.

In the first I asked for the earnest professional citizen’s appraisal of the Iraq damage, in the Middle East and beyond. In short: how bad is it out there? Holbrooke spells out his overall judgment that the next president of the United States will have “the worst opening-day hand in foreign policy” in our history: wars in Afghanistan and Iraq, a global climate crisis, African emergencies from Darfur to Zimbabwe — all on a “massive agenda” of repairing alliances and restoring respect.

Listen to the second part, and join the genteel head-butting, please, with a comment. We mean to take up the conversation again in October. 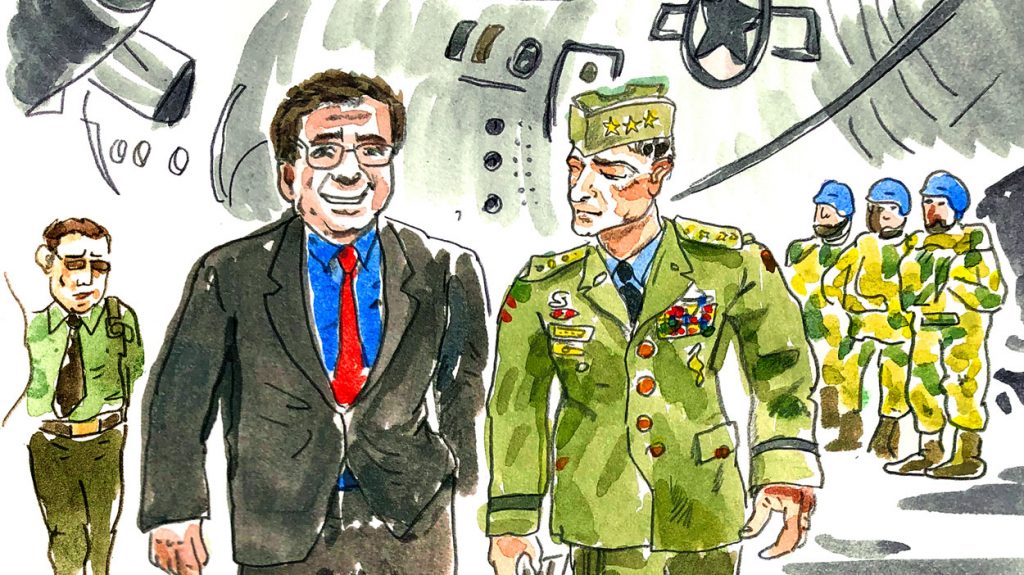