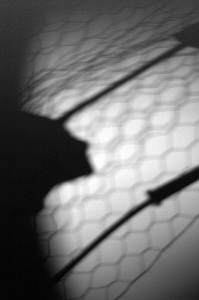 If you google the phrase “black sites” now, at 4:05 this afternoon, you get hits that are mostly websites about African Americans. Soon enough, however, a search of “black sites,” like “waterboarding” and “stress position,” will reveal a list of pages that, alleged or proven, irrevocably connect the United States to the practice of torture. And we learned this morning in an article in the Washington Post that we’re doing it where the Soviets used to, at secret sites in Eastern Europe. Sure, they were torturing dissidents and we’re torturing terrorists — or people who are most likely terrorists — but is the rest of the world going to do us the favor of making that distinction with us?

Last month Senator McCain attached a rider to a defense spending bill that required US troops to hold to the Army Field Manual when handling prisoners. Nine Senators voted against it. Nine Senators? Nine US Senators are against holding ourselves to the rules we already wrote down and supposedly follow anyway? And now the President is asking for a loophole the size of Nebraska on the rider, namely, that it apply to members of the Armed Services but not the CIA. Who, if we are to believe the Washington Post, are the ones doing the torturing in the first place.

What happens in the “black sites” that the Post reported? If we’re talking about secret sites several countries around the world, this is more than a few bad apples, right? Are those other ninety Senators getting serious now, and are we going to get some answers higher up the chain of command? And why is the CIA talking about this in the first place?

Gene from Cape Cod, one of our callers, says this book answers a lot of the questions raised in this hour: One Woman’s Army: The Commanding General of Abu Ghraib Tells Her Story.

24 MB MP3 The idea that necessity, crisis, and emergency is an excuse for comprimising deeply-help values is something that history teaches us as a very bad idea. Richard Weisberg from Sag...