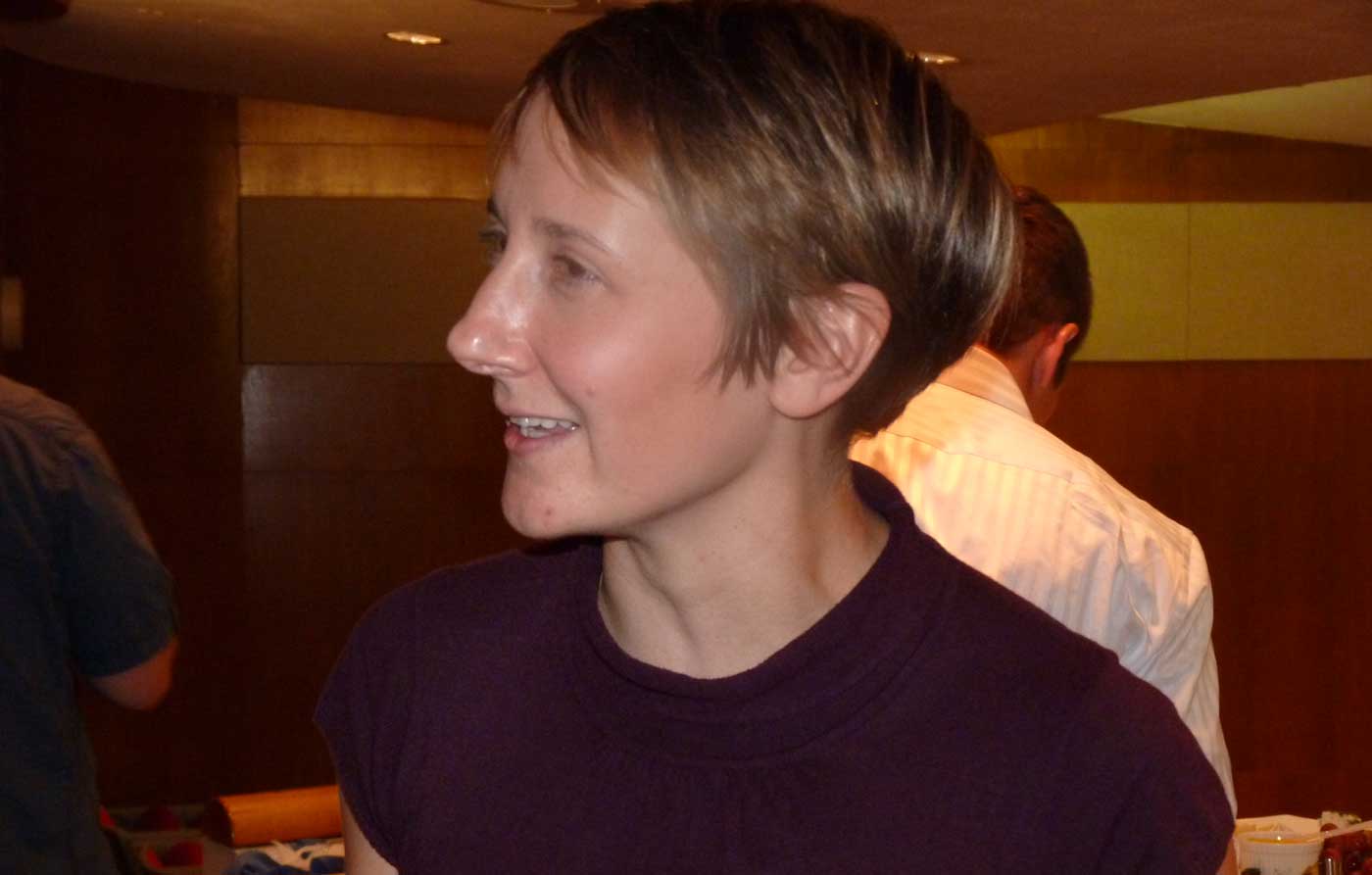 Tea Partiers, too, are feeling the "need to act upon our intuitions of impending catastrophe."

Vanessa Williamson: How the Tea Party Could Win it All Vanessa Williamson could persuade you that the wily elders in the Tea Party have much more to show for their anger and agitation than the passionate youth of the “Occupy” protest. She pictures us 2012 Americans in rather a desperate generational family fight: conservative Rotarian uncles and aunties in the Tea Party cracking down on the “moocher” mentality even among their own jobless kids and grandkids. It’s the Tea Party people who’ve captured a major political party and are now just one November election away from capturing the presidency and maybe Congress at the same time.

Vanessa Williamson has the voice of an uncommonly earnest, open searcher. She had a formative five-year job lobbying Congress for body armor, then college tuitions for the troops in Iraq and Afghanistan. Now she’s a Ph.D. student in government at Harvard who’s spent most of two years listening to the Tea Party grass-roots. With her mentor Theda Skocpol she’s made a compelling tale of The Tea Party and the Remaking of Republican Convervatism. By now it’s a three-ring circus. She’s untangling with us the web of (1) worried Tea Party locals who’d remind you of your crotchety but dear old conservative Aunt Olive; (2) the predatory plutocrats who swooped on the “rhetorical gold,” the mailing lists and church connections of the Tea Party and paid its candidates’ campaign bills; and (3) Fox News and the right-wing radio hosts who know the entertainment value of social fury, none better than Glenn Beck who brands himself “the fusion of entertainment and enlightenment.” All three “rings” in the circus are intact and somehow in synch after the demolition derby of Republican debates and primaries. Note well that the Tea Party made the right strategic choice to be not a protest movement or a third-party campaign. From the start, Ms. Williamson argues, Tea Partiers came from the experienced pragmatic Republican wing of the Republican party, and they’re in full control of the machinery now. They have a candidate finally who’s nobody’s dream but he’s a tall, dark and handsome guy with great-looking teeth, hair and family, and a face that fits with the presidents on our greenbacks. He can act out almost any script with plausibility, but in fact he’s solid on the Tea Party basics: tough on immigrants, tough on students, fed-up with taxes, financial regulation and all the fretting about climate change. He’s a poster hero of our culture’s holy zeal for money without introspection or shared benefits. He stands, of course, at the far pole from the Tony Judt ideal we’ve been mulling — of “social democracy” and “collective action for collective good.” His boldness contrasts, too, with the pretty feeble embrace of fairness or any very spirited rebalancing reform agenda on the other side of the ballot.

And still I’m asking Vanessa Williamson why our attention fixes so hard on the exotic variety of symptoms, slogans and proxy labels for our distress, so little on the common disease. The Tea Party looks to me more like the “sorrows of empire” breaking out among these older yeoman Republicans. And some part of me wants to credit them for waking up and recoiling from the evidence: We’re in the grip now of permanent war in the back of beyond, without debate or the Congressional declaration required in the beloved Constitution. We feel the proud industrial base of the country slipping away — not just the factory production but the schools and skills that sustained it, the jobs, profits and tax revenues that came with it. And for all the age-old warnings about borrowers and lenders, we know we’re sinking in a fathomless ocean of war debt, consumer debt, mortgage debt, national debt, China debt — a trillion-dollar debt on just the backs of students coming out of college into unemployment. What’s not to panic about? Tea Partiers, too, are feeling the “need to act,” as Tony Judt put it in Ill Fares the Land “upon our intuitions of impending catastrophe.”

Guest List
Vanessa Williamson
activist, scholar, and author of The Tea Party and the Remaking of Republican Conservatism (2012).