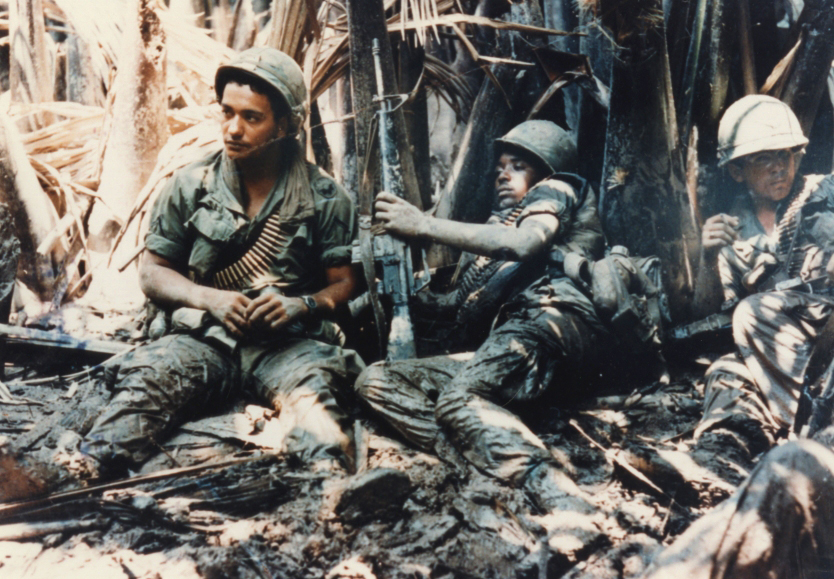 "You’ve got to know who you’re fighting against. We picked the wrong fight."

Legendary journalist Seymour Hersh helped us count the ways. Hersh returned to Vietnam this year for The New Yorker to visit the scene of the My Lai crime he broke in 1969. He spoke with an iconic Communist figure the Americans called Madame Binh about how America went wrong, and is still thinking wrong, about Vietnam:

“Oh, Seymour,” she said, “the only reason My Lai was important was because it was written by an American.” And her message was there were many My Lais. I thought, “Oh my god, she’s as tough as ever.” She’s saying to me, “Yes, I’m glad you wrote this story. Yes, I’m glad there was an anti-war movement in America, and I’m glad that your story did so much, which it did, to fuel the anti war movement.” But her message was, “Listen, we beat you. We didn’t do it because of the antiwar movement. We’re the ones who stood and dug holes, we got pounded by B-52 bombs and when the bombing was over, we climbed out and killed your boys. That’s what won the war. We stuck it out.” And that was really interesting to hear. You’ve got to know who you’re fighting against. We picked the wrong fight. Historian Christian Appy has recounted a “fall from grace” in individual revelations one after another: from Robert Stone’s Dog Soldiers, the line that “We didn’t know who we were till we got here. We thought we were something else,” to the booming “exceptionalist” American historian Henry Steele Commager who roared in 1972: “This is not only a war we cannot win, it is a war we must lose if we are to survive morally.” The “Paper Tigers” in his Appy’s American Reckoning are David Halberstam’s The Best and the Brightest, but they seem more vicious at this distance. McGeorge Bundy, for example, a former Harvard Dean, entered the war as a game of dominoes with Moscow, fueled it with theories of social engineering and “modernization”, and refused to end it — citing concern for American “credibility”:

This whole idea of credibility was at stake, that we had to demonstrate, even if it doesn’t work. [Bundy’s] memos that to LBJ were just astonishing. He would say things like, “I am recommending daily systematic bombing of North Vietnam, but I can’t assure that it will work. It may fail. The odds may be 25% to 75%. Even if it fails, it’s worth it because it will demonstrate to the world that — like a good doctor — we did everything possible to save the patient of South Vietnam. But he’s not talking about medicine, he’s advocating mass killing to prove a point and preserve a reputation. Noam Chomsky wrote back in the LBJ phase of the war that it was “simply an obscenity, a depraved act by weak and miserable men,” “including all of us,” as he added in a memorable exchange with William F. Buckley. What strikes Chomsky to this day is our ugly American flight to fantasy and euphemism on the matter of our intentions: we are encouraged by our commentariat to look back at our catastrophes, including Iraq and Afghanistan, and pat ourselves on the back.

Anything we do is at worst “blundering efforts to do good.” No matter how horrendous it is. After the second world war, there is no crime that begins to compare with the war in Indochina. It’s not just Vietnam. It’s destruction of Laos. Cambodia was bombed more heavily than any country in history. It’s a monstrous war, but it passes in history as “blundering efforts to do good.” 01 Oct 1972, Boston, Massachusetts, USA — American writer, educator, and linguist Noam Chomsky, at home in Boston. Also know for his political activism he was an early and outspoken critic of U.S. involvement in the Vietnam War having written . — Image by © JP Laffont/Sygma/Corbis

Finally, Harvard’s Steven Biel talked us through some of the pop that helped us to understand Vietnam as a tragedy. In films like Apocalypse Now, Platoon, and even (especially?) Rambo, Hollywood says that America lost some ineffable, macro-psychological thing in the jungles of Vietnam. We were humiliated in Vietnam, but not humbled.

Guest List
Seymour Hersh
Pulitzer Prize-winning investigative journalist, writing again about My Lai in last month's New Yorker.
Christian Appy
Professor of history at UMass Amherst, author of American Reckoning: The Vietnam War and Our National Identity.
Noam Chomsky
MIT professor, linguist and critic of empire.
Reading List
The Scene of the Crime
Seymour Hersh, The New Yorker
Hersh went back to Vietnam for his first visit to My Lai, where U.S. Army personnel killed as many as 500 civilians over four hours in March 1968. The piece is a human spectrum from denial to forgiveness to stubborn unknowing and official evil. What can you say? Hersh's most recent interviewees, those in Vietnam, mercifully tell us what to think:

The most straightforward assessment came from Nguyen Thi Binh, known to everyone in Vietnam as Madame Binh. In the early seventies, she was the head of the National Liberation Front delegation at the Paris peace talks and became widely known for her willingness to speak bluntly and for her striking good looks...“I’ll be honest with you,” she said. “My Lai became important in America only after it was reported by an American.” Within weeks of the massacre, a spokesman for the North Vietnamese in Paris had publicly described the events, but the story was assumed to be propaganda. “I remember it well, because the antiwar movement in America grew because of it,” Madame Binh added, speaking in French. “But in Vietnam there was not only one My Lai—there were many.”

Burying Vietnam, Launching Perpetual War: How Thanking the Veteran Meant Ignoring What Happened
Christian Appy, Tom Dispatch
Leaving Vietnam weary and disillusioned, America was ready to be told a better story. So, after a few years, we shifted focus away from the doomed policy and latched on to the sacrifice and courage of the servicemen. In the process, Appy says we abandoned the other patriots — the antiwar activists — and tied our hands to criticize the next wars:

Perhaps some veterans do find meaning and sustenance in our endless thank-yous, but others find them hollow and demeaning.  The noble vet is as reductive a stereotype as the crazy vet, and repeated empty gestures of gratitude foreclose the possibility of real dialogue and debate.  “Thank you for your service” requires nothing of us, while “Please tell me about your service” might, though we could then be in for a disturbing few hours.  As two-tour Afghan War veteran Rory Fanning has pointed out, “We use the term hero in part because it makes us feel good and in part because it shuts soldiers up... Thank yous to heroes discourage dissent, which is one reason military bureaucrats feed off the term.”

The Vietnam War, as Seen by the Victors
Elisabeth Rosen
A report from Hanoi, the capital of the North during the war, now the center of a unified and booming Vietnam. Rosen talks to the side that won a grinding victory and senses a rift between the young, who have never known war, and the old, who are still trying to figure out why the conflict came to them:

Vu and his family heard snippets of news—how many airplanes were shot down that day, who was winning, what the “cruel American wolves” were doing in various areas of the country…“People didn’t talk about the meaning of the war,” he said. “We were really confused why the Americans tried to invade our homeland. We hadn’t done anything to them.” I asked Vu if the Vietnamese had understood that the United States perceived communism as a threat. “People didn’t even know what communism was,” Vu told me. “They just knew what was going on with their lives.”

40 Years Later: A Return To Vietnam
Bob Oakes & Shannon Dooling, WBUR
Travel to Saigon with four Massachusetts Marines who helped evacuate the U.S. Embassy in April 1975. WBUR is tailing the four all week as they honor their comrade Charlie McMahon (one of the last two Marines killed in the war) and look for some closure:

“My primary reason is, uh, it’s an emotional thing, too, so,” Ghilain said in an interview back at home, his voice cracking. “To go back, honor the two guys that we lost. I’m hoping that this trip puts this to bed for good.” 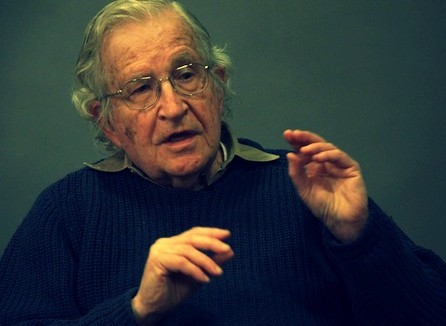 Chantal Berman photo Noam Chomsky, after all these years, retains the power to shock — in the bright title of his new collection, Hopes and Prospects, and with what sounds like...