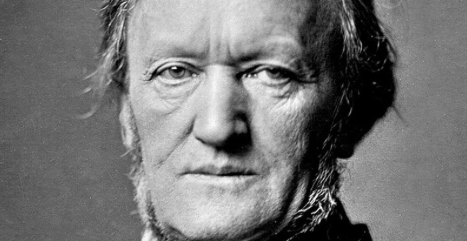 "We should always be wary of art, any kind of art."

Richard Wagner, man and musician, was the embodiment of excess—too much of a good thing if you loved him, something worse if you didn’t. Those weren’t just operas he was writing, but total works of art: multi-media folklore festivals, orgies of mind-bending sound, frenzied and addictive. It took him 25 years to compose his Ring cycle, and it takes a long weekend of late nights to perform it. For the World War II generations, it ruined Wagner for a while that Hitler loved his music. Still, Wagner’s presence is palpable everywhere, not for his musical genius alone but for his imprint on culture for a century now, up to and including Star Wars, Game of Thrones, and the sound of Hollywood.

One of the signature sounds of Richard Wagner is the battle hymn of the mythical winged warrior sisters, the Valkyries, and we know that it’s something more than music. But what? It’s a clue to what Alex Ross of the New Yorker magazine calls “Wagnerism,” meaning the bizarre visions and irresistible influence, the spell that one musical genius cast on the world, maybe forever.

Wagner’s musical mega-shows in the 1860s were a far cry from the old Mozart and Verdi operas. His were longer, deeper, spell-binding fantasies of forbidden love and longing, wounded gods out of a jumble of world religions, German romanticism and ethno-nationalism all mixed up, naked river maidens in the Rhine and swooning beauty facing death in Tristan and Isolde.