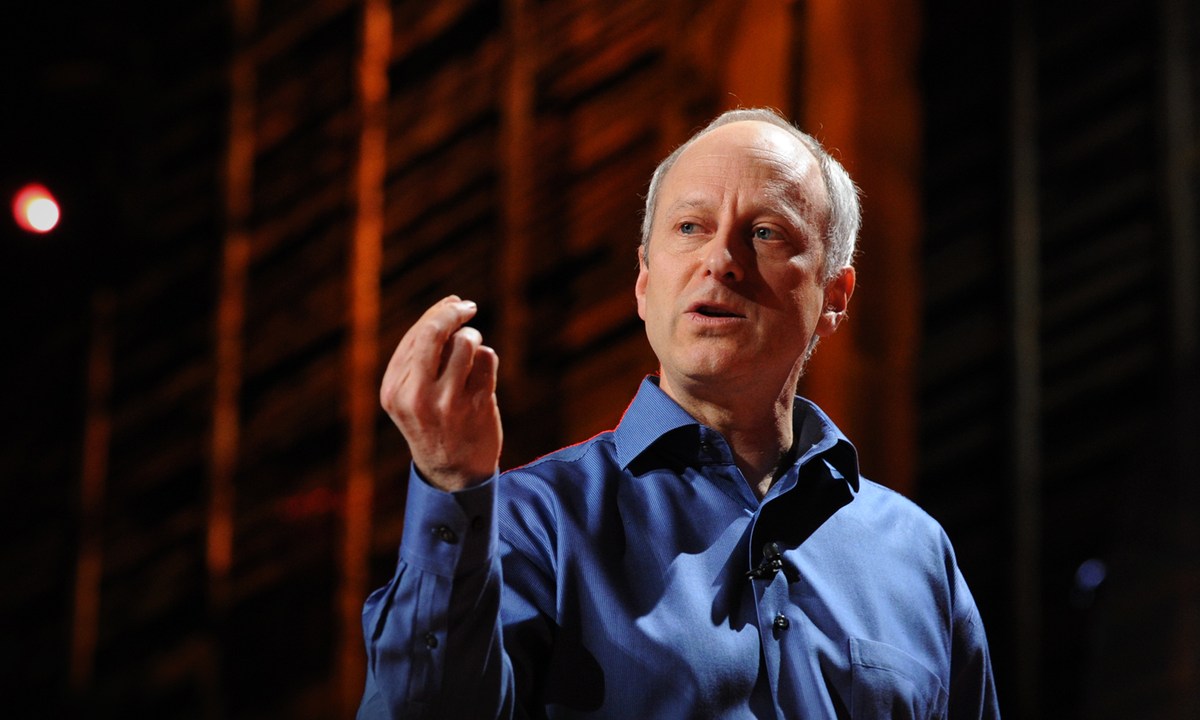 "We view markets as embodying freedom... the freedom of the consumer."

It’s graduation time in Boston, and the Class of 2015 is asking “Now what?” If our young ones need help choosing, the market is back and ready to nudge them toward a gilded path. A new survey of Harvard seniors says that, after a dip in money jobs, fully a third of them will go to work in consulting or finance this year.

This week, we dared to enter the market for grad wisdom, rounding up a justice thinker, an historian, an entrepreneur, and a novelist to offer some last-minute commencement advice — and the latest installment in our capitalism series. Harvard’s own rockstar philosopher Michael Sandel said that the high-dollar scramble for young minds is part of a phenomenon he sees the world over. What used to be a market economy has morphed and spread over 30 years into a market way of everything:

Because we fear the disagreement, the controversy that would result from engaging in that kind of that debate, because we worry about the majority coercing or imposing on the minority their values, we reach for what seems to be a neutral way of deciding hard public questions. Markets and market thinking have played that role, I think, mistakenly. The result is we have a kind of emptiness, a void, in public discourse and people everywhere are frustrated about it.

How did a nation of yeoman farmers and proud producers financialize its economy, and then its civics and its morality? Our historian of capitalism, Julia Ott, said that the process began in World War I when the Woodrow Wilson, desperate “to demonstrate the consent of the American population towards the war effort,” became bond salesman to the nation. War bonds and war savings campaigns encouraged Americans to see “the ownership of federal debt as a way of demonstrating that they not only support the war, but that they support a democracy, they support the foundational principle of private property rights.”

What stays with us for the rest of the 20th century and up until today are the ideas that property ownership are fundamental to American citizenship, that financial securities markets play a handmaiden to the realization of that goal, whether it’s through your 401k plan or through your house which you need a mortgage for. Customer-first ethics seems a thin substitute for a morality, though. And what of the older, pre-commercial American values? Novelist Marilynne Robinson said they’ve been crowded out and replaced by “this weird, ideologized ‘capitalism,’ which is not a phrase that ever occurs in our early literature.”

…The word “value” has been narrowed in its meaning so that it sort of means “profit,” something you can put in the bank. But value historically, value culturally, has always meant the enhancement of people’s lives. It has always meant the arts and the sciences and all these things that we have still implicit in the culture but are turning on, because they’re anomalous in terms of this novel, mindless ideology that so many people have been persuaded of… These spectacular universities and so on that we ought to be just enjoying! This idea that everything is monetizable. You know, the sort of thing where you take the little freshmen aside and say “not everything is monetizable!”

Now that the seniors are leaving — jobs offered and accepted (hopefully) — what are the “little freshmen” to think about markets and morals? If money doesn’t buy or point to the good life, what does?

Leave a comment, and let us know what you think.

Guest List
Michael Sandel
professor of government at Harvard, lecturer on "Justice", a famous Harvard College course, and author most recently of What Money Can't Buy: The Moral Limits of Markets.
Semyon Dukach
entrepreneur and managing director of Techstars in Boston.
Marilynne Robinson
Pulitzer Prize-winning novelist of Housekeeping and Lila, essayist, and professor of English and Creative Writing at the Iowa Writer's Workshop.
Julia Ott
associate professor of history at The New School and author of When Wall Street Met Main Street.
Reading List
Why We Shouldn't Trust Markets With Our Civic Life
Michael Sandel, TED
Michael Sandel is a "public philosopher," bringing morality to the masses around the world — including the market-minded creative types at TED. Here he considers and condemns the "market society" and leads a rather un-TED Socratic conversation: What do we think about a society that pays kids to study?
What Isn’t for Sale?
Michael Sandel, The Atlantic
Here's a shocking inventory of all the things that are transact-able now in a world that substitutes markets for morals. Want to emit a metric ton of greenhouse gas in Europe? That'll be $10.50. For $8,000, you can hire a surrogate mother in India. Sandel says these deals and countless others used to be ethical matters. But now they're consumer decisions, as we outsource basic moral reasoning along with gestation. There is less stress in the new order (no judgments, no guilt, only costs and benefits!), but Sandel says we're paying a bigger price:

This nonjudgmental stance toward values lies at the heart of market reasoning, and explains much of its appeal. But our reluctance to engage in moral and spiritual argument, together with our embrace of markets, has exacted a heavy price: it has drained public discourse of moral and civic energy, and contributed to the technocratic, managerial politics afflicting many societies today. A debate about the moral limits of markets would enable us to decide, as a society, where markets serve the public good and where they do not belong.

Culture After the Credit Crunch
Marilynne Robinson, The Guardian
The American novelist, apparently one of President Obama's favorites, says one word describes how market supremacy is challenging morals and even civilization itself: austerity. That's the slogan that allows financial managers to run "the recovery" and push library closures over bank taxes. The reign of cuts, says Robinson, shows that the market is no longer a tool but a hugely powerful ideology. It made short work of our moral lives, and now it's coming for common sense:

It is this supranational power, Economics Pantocrator, that failed us all in fairly recent memory. It has emerged from the ashes with its power and its prestige enhanced even beyond the status it enjoyed in the days of the great bubble. The instability and the destruction of wealth for which it is responsible actually lend new urgency to its behests. This makes no sense at all. Certainly its authority with the public aligns badly with any conception of rational choice, which is supposedly a pillar of this self-same economic theory. It can proceed confidently, and moralistically, in the face of common sense and painful experience because it is an ideology, the one we are supposed to believe was the champion of freedom and prosperity in the epic struggle called the cold war.

In New Interview, Francis Strongly Defends Criticisms of Capitalism
Joshua J. McElwee, National Catholic Reporter
As we await Pope Francis's (likely activist) views on climate change this summer, it's worth recalling that the pontiff's interest in the matter comes out of concern that moral thinking has been replaced by markets, money and growth for growth's sake. That line has ruffled some American Catholics, and the rest of us may not agree with the church's specific program, but Francis's framing in January was downright Sandelian and seems just right this week:

When at the center of the system there is not anymore man but money, when money becomes an idol, men and women are reduced and simply instruments of a social system and an economy characterized, indeed dominated by deep imbalances... It is that attitude that rejects children and old people, and now also affects young people.

John Bogle of Vanguard We asked the legendary investor, John C. Bogle, patriarch of the trillion-dollar Vanguard family of funds, for wisdom that would get us past the weekend in this...