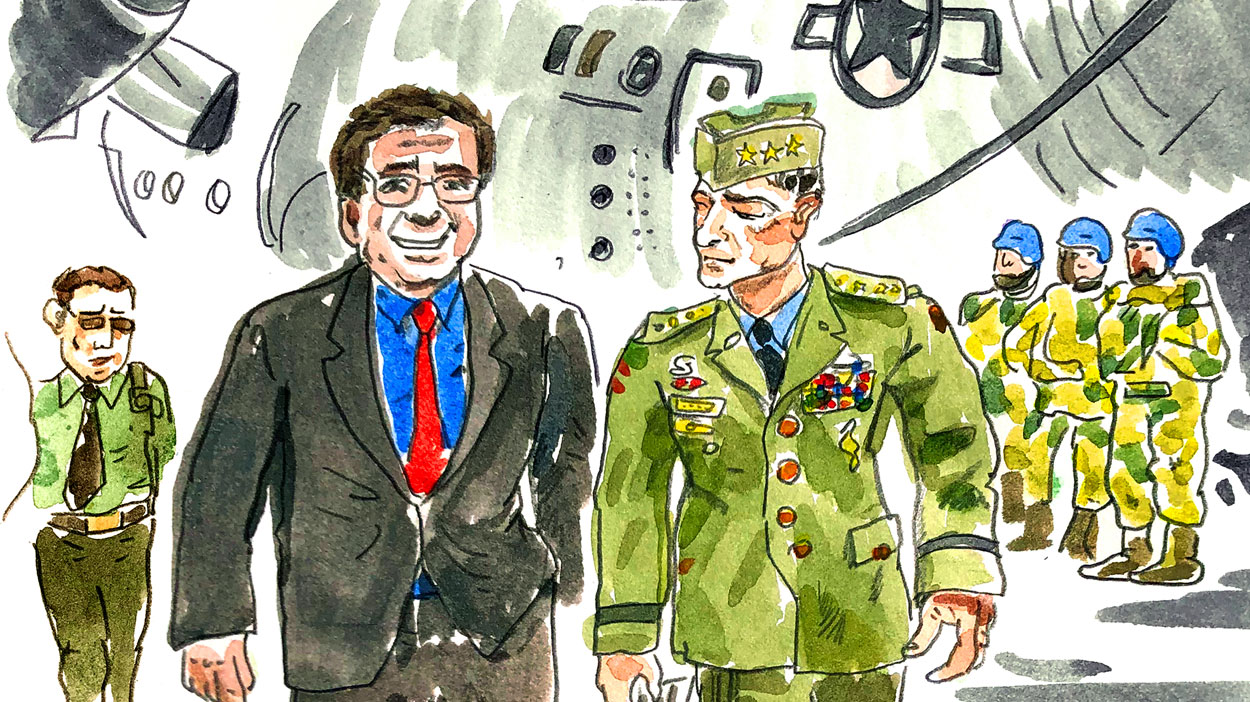 Richard Holbrooke and the "action intellectuals."

Richard Holbrooke makes a case study in American power. He had a diplomatic career, starting in Vietnam, of heroic ambition and hyperactive persistence. He had a peace-making triumph that ended the Balkan wars, then a humbling failure on an impossible mission to Afghanistan. This was a large life that reflected his large country abroad after World War 2: we were over-confident, over-reaching, idealistic maybe, self-serving for sure. A new heavyweight biography implicates all of us: George Packer calls Holbrooke “Our Man,” who marked the early end of the American Century. For man and nation the question may come down to this: how much wreckage and death can be forgiven for good intentions? Richard Holbrooke was the US diplomat who nominated himself for a Nobel Peace Prize for settling the Balkan wars of the 1990s, and didn’t get it. Man and mindset, Holbrooke is still a cautionary figure, a sort of living argument in the annals of American power. He bestrode the world for almost 50 years as if he was the American century. A big new biography takes the other view, especially of the mindset: that the relentless projection of American power, the projection of Holbrooke himself, mark in hindsight the end of our glory days. In a conversation in my living room this episode, we’re getting a taste of the argument with George Packer, who’s written the history of Richard Holbrooke in the form almost of a novel. The title is Our Man: Richard Holbrooke and the End of the American Century. The decorated historian Fredrik Logevall is sitting in and speaking up on the making of war and peace and the writing of biography.

The Disquieting Resonance of 'The Quiet American'
Pico Iyer

Let Richard Holbrooke be our conversational measure of what the Democrats are prepared to say and do in foreign affairs… to repair a “worse than Vietnam” blunder in Iraq, to...

Click to Listen to the Show (24 MB MP3) Is this what they were after? [hbushra, The Junior Bushra’s Blog ] Remind me now — in what look and feel...