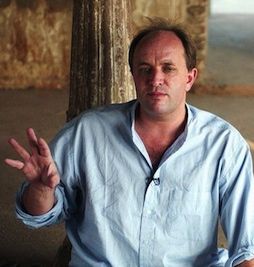 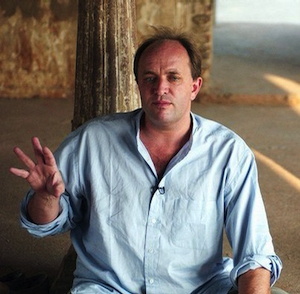 William Dalrymple is drawing on a deep well of personal and imperial history in his stark clarification of our American comeuppance in Afghanistan.

“The war has lost all semblance of shape or form,” he observes, at a moment when our puppet is trying to make peace with our enemy. “I’ll be amazed,” Dalrymple says, “if the Taliban aren’t in Kabul by the end of the year.”

He confirms on the ground the inescapable but conventionally unprintable judgment that the American “predator drones” have been the Taliban’s most effective weapon and our own moral downfall. “All you read in the papers here is the successful ‘hits’ on militant hideouts. What you don’t get is what you get in Pakistani papers: ‘Five More Wedding Guests Killed in Party’ and ‘Petraeus Apologizes.'”

In Afghanistan this Spring, it struck Willy Dalrymple that “the whole thing is on its last legs, considerably worse than I expected or had been led to believe by reports I’d read. The Taliban are everywhere… The only answer now must be some way to bring the Taliban and the Pashtuns into government. But there’s no sense that Obama or Holbrooke are ready to break that to the American people. It’s blindingly obvious. The Brits and the Europeans and Karzai are all pushing for it. The Americans are the only ones not taking the view that the Taliban has to be brought in…”

I was in Jalalabad on my trip, and I went to a Jurga there of the tribal elders… I was trying to get to Gandamak, the site of the British last stand in 1842, the symbol of the failure of the first British attempt, the first Western attempt, to take over Afghanistan: 18,000 East India Company troops march in in 1839 — like our own war of our generation, a surprisingly effortless conquest. The enemy merge off into the hills, the British spend two years skating, playing cricket and thinking they’ve got Kabul. There’s even discussion about making Kabul the summer capital of the Raj. Then an insurgency starts among the Pashtun of Helmand and it spreads northwards, until eventually there’s a revolution in Kabul. The two senior British leaders, the civilian and the military leader, both get murdered in the streets and the East India Company troops march out in 1842 in the middle of winter, and are ambushed on the return. 18,000 march out, one man makes it through to Jalalabad. And the last stand of the last 50, before that man escapes, is at Gandamak.

Now I wanted to go see this place — my next book is about the First Anglo-Afghan War and the parallels with the present. And the only way to get to that area, because it’s now under Taliban control, is to go off with the leaders. So I went off with a wonderful ex-Mujahideen, ex-Olympic wrestler called Anwar Khan Jigdalek who’s this mountain of a guy with cauliflower ears. And we went off with six trucks full of former Muj, all with keffiyehs wrapped around their heads, and rocket propelled grenades, the full-monty. And we got to his home village — which is, again, where about half the British army was massacred in 1842. And he is taken, feted by his people and taken to his old entrenchments, a feast was laid on. By the time we’d actually finished this blessed feast, it was too late to go to Gandamak, because it was five in the afternoon — and with the darkness comes the Taliban. So we headed to Jalalabad…

The next day I go to the Jurga and I talked to the elders. Where we were sitting in Jalalabad was, by chance, beside the Jalalabad airfield, which is one of the major takeoff zones for the drones. And as we’re having this conversation, these sinister creatures, these pilotless craft were taking off and landing the whole time… And one of the elders told me about an interview he’d had with some American soldiers in a hotel in Jalalabad the previous week. And the American had asked: “Tell me, why do you hate us? We’ve come, we’re trying to help, we’re trying to bring democracy. We’ve built roads — why do you hate us?” And the man replied: “Because you come in our houses, you knock down our doors, you take our women by the hair, you kick our children, and we will not allow it. We will break your teeth like we broke the teeth of the British, and like the British, eventually you will leave.” And he said: “The Americans know that this war is lost. It is only their politicians who pretend they can win it.”

We’re in conversation at the Asia Society in Manhattan on the morning after a singing-dancing book launch of Willy Dalrymple’s latest, Nine Lives: In Search of the Sacred in Modern India. The party performance the night before was for me disconcerting. It felt, as I told Dalrymple, like a minstrel show of Indian artists at a British club in E. M. Forster’s India. In fact it was a night on Park Avenue in the new seat of empire, at the Asia Society once chaired by Richard Holbrooke, for well-to-do folk (many Indian) who ought to know better about the Af-Pak war but have almost nothing to say about it.

William Dalrymple calls himself, through veils of irony, “the last Orientalist.” He is a Scots-Englishman who’s enraptured still, after 25 years living in India, with the ancient and the exotic: “the calligraphers, the old Muslims speaking courtly Urdu, the bullocks pulling wooden plows” in India today, and with the temple prostitutes, self-starving Jain spiritualists, and Sufi singers in his cast of Nine Lives, a brilliant sampling of the “divine madness” that survives the radical modernization of India.

All the while, Willy Dalrymple — “gone native,” as they used to say — has become a pillar of the new global literary India. He’s a founder and co-chair of the now multitudinous Jaipur Literature Festival every January. He has won India’s choicest prizes for travel books like City of Djinns about Delhi, and for social histories like White Mughals, about intermarriage under the Raj. In The Last Mughal, he retold the gruesome story of the “Sepoy Mutiny” of 1857, rather more as Indians saw it, as the “First War of Independence.”

In Willy Dalrymple’s telling, the miserable self-deceptions of imperial over-reaching have come full circle from the rout of the Brits in Afghanistan in 1842. It helps that he speaks by now in the voice of a witness who’s been there from the beginning.