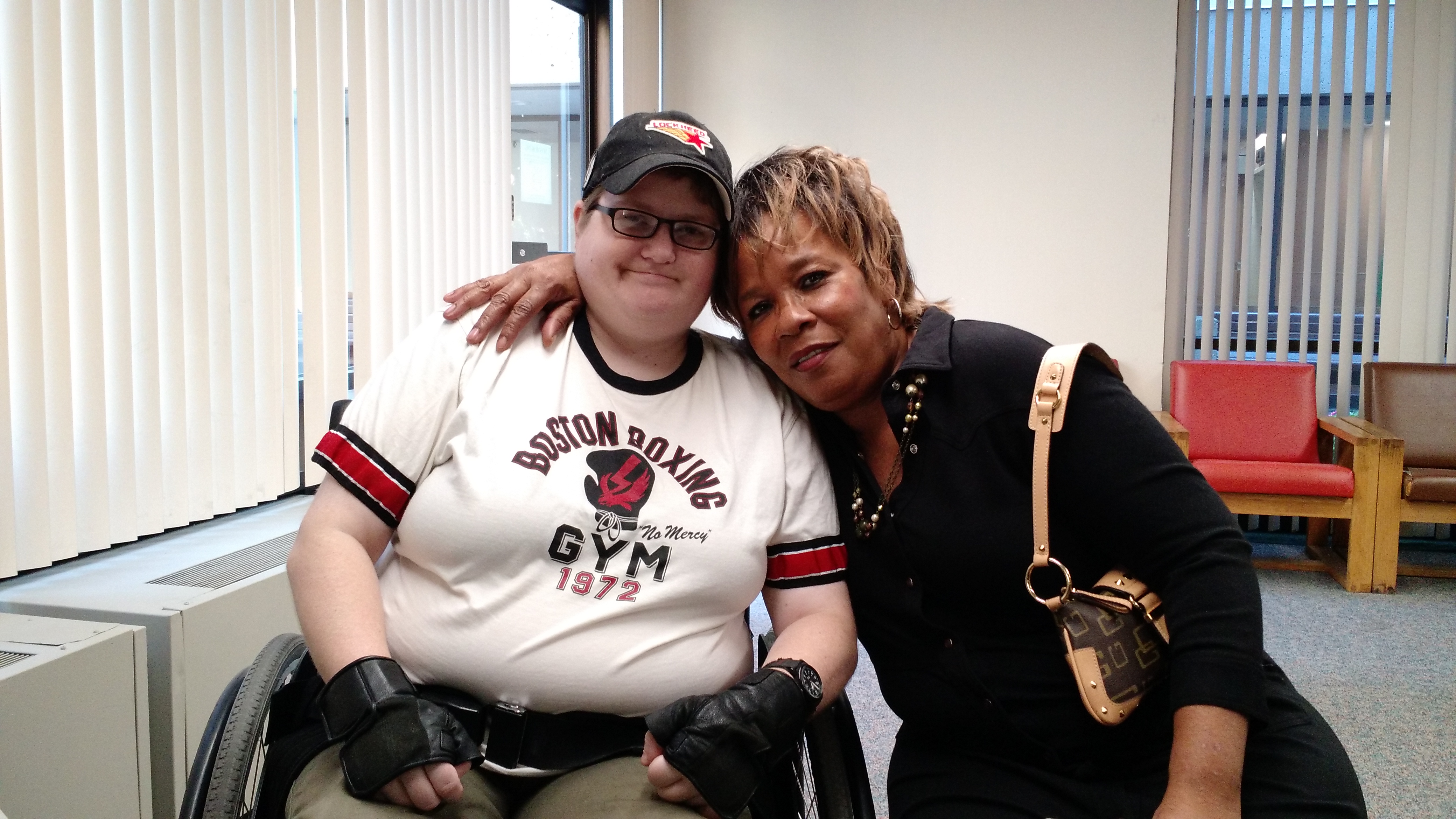 What should hard work get you in the richest country in the world?

We continue a three-part series — produced in partnership with The Nation — on work in America. This is Part Two: what we do all day, and how we feel about it.

Last week we spoke about the surprising history of the bloody, decades-long fight for a two-day weekend, an eight-hour workday, for pensions, worker safety, and a minimum wage.

But we also heard Calvin Coolidge’s famous line, that “the chief business of the American people is business.” Almost a century later, that’s still true. Ours remains the biggest economy in the world, and American workers remain more productive per capita than any (big) nation in the world.

Americans spend more time working than doing anything else, and more than almost any other developed economy. A pre-crash study by the International Labor Organization found that we worked 137 hours more per year than Japanese workers, 260 more than Brits, almost 500 more than the leisure-loving French. And 86% of American men and 67% of women — sons and daughters of the union movement — work more than the union-preferred 40 hours a week.

Then again, the United States is exceptional in other ways: among OECD nations for the share of our people living in poverty (more than 14%, or almost 47 million people), and among almost all nations for offering, as part of the law of our land, neither paid maternal leave, nor paid sick leave, nor annual minimum paid time off.

And then there are the problems we cannot quantify — or even always see: the stresses and disappointments that pile up, disproportionately upon the 35 million Americans who earn less than $10.55 an hour.

With all that in mind, we asked Barbara Ehrenreich to give us a status update. Ehrenreich dove into the hidden world of the working poor as a worker in her bestselling 2001 book, Nickel and Dimed. Her subjects and colleagues — waitresses, washers, and Wal-Mart greeters — endured a special set of difficulties: searches by bosses, backstabbing by coworkers, drug tests, late nights, and wage theft after long hours. After the recession, Ehrenreich founded the Economic Hardship Reporting Project to keep up the work of reporting on the things working people don’t get a chance to say in the halls of power. The project was prompted by Ehrenreich’s realization that the precarious working lives she witnessed in 1998 and ’99 were subject to new efficiencies. For example:

We’re seeing a degradation in even the notion of what a job is. Fifteen years ago I could go looking for jobs and find them pretty easily, because there was a lot of hiring going on then. And there was an expectation that a job was something like 40 hours a week in return for pay… [That’s] gone. People now, like at Wal-Mart, are struggling to get 30 hours a week. The trend is more part-time people, and no guarantee that you’ll make a living. And then one step beyond that, there’s the new emphasis by employers on just-in-time hiring. Meaning, they’re not going to offer you a job and say, “We’re going to give you thirty hours a week, show up at this time, et cetera.” They’re going to say, “We’ll call you when we need you.” That may mean you have three hours of work one week, twenty hours the next week. You can’t plan your childcare — you can’t do anything — because you’re waiting for the phone call.

Fewer employers are offering any of the accoutrements that went with a job in the old days: 40 hours of work a week, maybe you have benefits. That’s all pretty much deteriorating. The white-collar example of this would be something like TaskRabbit. You get a job to hang somebody’s curtains for them, you do that in an hour, you’re out of there, you’re paid for that, and you see if you get another gig.

She cited other symptoms in a case that the whole body of the American economy is sicker now than it was fifteen years ago: 24-hour daycare centers for the precarious worker, poor folks donating plasma to stay afloat, and wage theft on the rise.

When we asked her what sort of solution the working class needed —  FDR’s remaking ambition, LBJ’s “War on Poverty,” or more Obama moderation — she scoffed. “You know what that list leaves out? The actual workers. We have too many economic discussions in this country that consist entirely of lawyers and professorial types, talking about this as if it were a foreign country.”

Our World, At Work

With that in mind, we asked people outside our office to rate their job from one to ten. And we looked to our local labor force — caretakers, housecleaners, food vendors, office workers on break, and others — to give us their report: are they happy in their work? what’s hard about it? and are they getting by? Dozens of interviews later, we’ve learned workers may confess to be frustrated, underpaid or spiritually malnourished, but they almost all say they’re just happy to have a job and the satisfactions that go with it: Sandra Lee is a personal care attendant in Brighton, Mass. She’s seen with her “consumer,” Olivia Richard, who has paraplegia.

I see Olivia every morning from 9 o’clock to whenever I’m done. I got eight daughters, so she’s like my ninth daughter… I take care of Olivia with her bathing, from top to bottom, to rolling over, to you know what I’m talking about. And some people can’t do that. But for me, I’ve been doing this all my life.

Chris is an Italian-slush salesman in Codman Square, Boston.

They’re Richie’s Italian slushies. They’ve been around for years — decades now. Everybody loves them…

It feels great working for myself. Some days aren’t always good. You take a lot of losses. Some days you take wins. But it’s definitely a good feeling. I eat it every day, man. I’m addicted to it. That’s my problem. That’s why I sell them. Richie’s Italian slush: stand by it. Marina is a software developer in downtown Boston, seen here on her lunch break.

It’s a lot of code. I got lucky in this way: the profession that I chose, all those years ago, is so popular now. I just liked it. I like to build things, I like to put together stuff and see how it comes alive and begins working. And I like abstractions, I think. Cee is a barber at Everything is Real Barbershop in Roxbury, Mass.

Sometimes a person comes in and they not feeling good. Maybe they got stuff on their mind, so as you cut their hair you talk to them, you try to, you know, give them some positive insight, and as you’re refining them mentally, you’re also refining them mentally.
Of course everything’s hard, but that doesn’t mean there’s no enjoyment in it. So it’s almost a yin-yang situation. I got five children — I take care of them all by myself. Ji-Min Park is a jazz pianist at Berklee College of Music:

I basically play this little piano here every week: Wednesday. I’ve been playing music almost fifteen years. I started with classical piano and then I changed to jazz.

To hear more of these conversations, come find Open Source on Soundcloud or follow us on Facebook.

The American Office, On The Way to Amazon

Ehrenreich knows that optimistic American consumers, especially in the middle and upper classes, don’t think about “economic hardships” until they see them under the right Dickensian light.

We knew, from EHRP reporting, that workers at Amazon “fulfillment centers” were underpaid and (until recently) overheated. What was a sensation, again, when the New York Times reported that the woes of the warehouses had spread to the corporate offices of Amazon, where managers are surveilled and snitched on, summoned in the middle of the night, and end up crying at their desks. Amazon, now the country’s biggest retailer, is building new offices, above, with room for 50,000 workers.

We turned to Nikil Saval, editor of n + 1 and author of the wonderful social history Cubed: A Secret History of the Workplace. Saval reminded us that this isn’t news — Amazon is the office for the age of disruption, and the product of more than a century of history.

His story begins with clerks on Wall Street in the age of “Bartleby, The Scrivener” (the first office worker to go on strike!) and the management theorist Frederick Taylor. There’s a long history to make the office both productive for the bosses and seductive for the workers — just as Amazon’s emphasis on efficiency contrasts with Google’s ping-pong tables and multicolored bikes.

Guest List
Barbara Ehrenreich
journalist of Nickel and Dimed and Bait and Switch, and founder of the Economic Hardship Reporting Project (EHRP).
Astra Taylor
documentary filmmaker of Zizek!, author of The People's Platform, and Puffin fellow in writing at EHRP.
Andrew McAfee
labor economist at MIT and author of The Second Machine Age: Work, Progress, and Prosperity in a Time of Brilliant Technologies.
Nikil Saval
editor of n + 1 and author of Cubed: A Secret History of the Workplace.