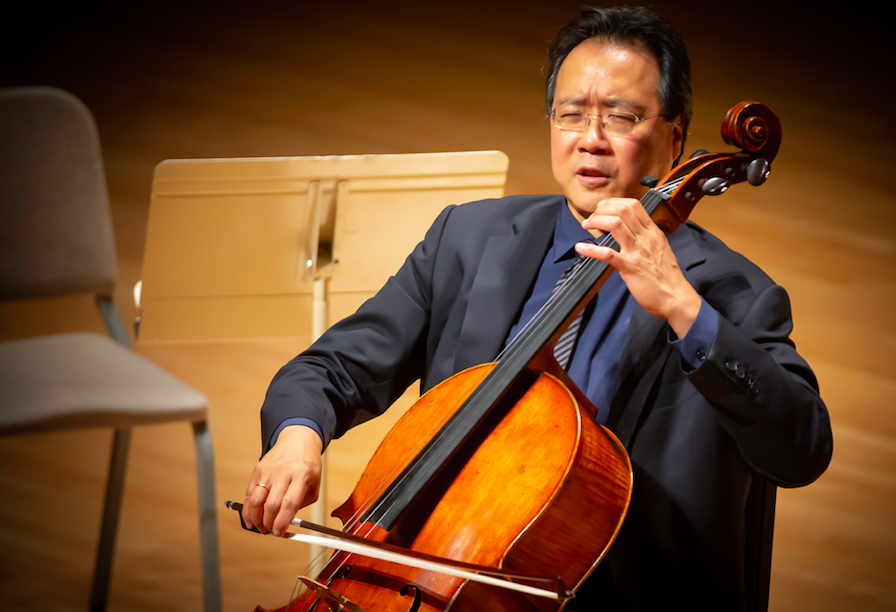 The sound of infinity.

The force of art to rescue a world breaking down; the power of music in particular to heal people one by one, perhaps all together: this was Yo-Yo Ma’s breathtaking mission for himself in his 60s, to nail down the convictions that have sustained his humble self at the very pinnacle of major-league music. His project, nearly finished, was to do 36 concerts in 36 venues, from the top of the world in the Andes, to the street music scene in Dakar, West Africa, and to Flint, Michigan, in Rustbelt, USA. Everywhere he would play the same masterpiece: the Cello Suites of Johann Sebastian Bach, the rarest solo performance piece that can show you infinity.

Imagine an old artistic masterpiece that’s also a modern showpiece for a solo performer who fills giant venues, East and West, indoors and out, in Chile and China, in Africa and the Andes, with audiences that seem to sit breathless for most of two and a half hours. The thought this radio hour is that there’s nothing in written music quite like the six suites for unaccompanied cello that Johann Sebastian Bach wrote, between his church assignments, right about 300 years ago. God’s own dance music, it’s been said, and there’s nobody who can produce a civic and cultural event each time he plays them as our guest Yo-Yo Ma has been doing: a sort of one-man dance band alone on the stage, no helpers for harmony or rhythm.

The Book of Bach
Alex Ross

Yo-Yo Ma Wants Bach to Save the World
Zachary Woolfe