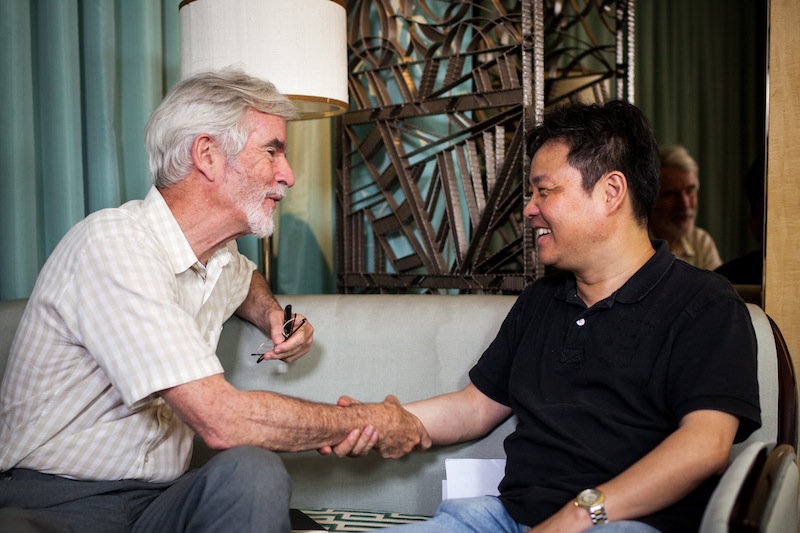 Everybody loves Yu Hua, a giant of the literary life in China today.  He’s a free spirit with a critical eye, and a popular touch, a tragic vision, an easy laugh.  We’re in the snazzy new Ritz-Carlton in Shanghai, video-recording a long conversation for Harvard’s ChinaX course on modern China.  As soon as Yu Hua walks in (with his striking 20-something son Phineas) his presence is magic, alike with the Chinese film crew and the young Harvard scholars. I know Yu Hua as much as anything through the long-suffering hero of his novel that became the movie masterpiece To Live. The film and its central character reminded me somehow of Charlie Chaplin, as I said to Yu Hua. He smiled and said, well, of course, he had studied the Chaplin archive. Were Fugui alive today, Yu Hua said he would most likely be among the victims of the Capitalist Revolution.  Fugui would have lost his land and been displaced as a farmer.  He might be living precariously in a tiny, unsafe apartment in a city, but he’d still be thoughtful, tidy, maybe cheerful, and indestructible.

It is a main theme in much of Yu Hua’s work and our conversation that China is hooked for a century now on something like an addiction to Revolution. And a revolution, he reminds me with heavy irony, quoting Chairman Mao, is not a dinner party.  It’s an insurrection, an act of violence.  The market revolution, he’s saying, is more like than unlike the notorious upheavals that preceded it: the war of “liberation” that brought the Communist Party to power in 1949; Mao’s Great Leap Forward in the 50s, a headlong rush to industrialize that ended in famine and death for 20-million or more; then the know-nothing Cultural Revolution of the 60s into the 70s.  The problem with all the endless revolutions is that they’ve been run by political monopolies.  They’re invariably violent, mobilized by propaganda, not participation.  And they’re generally heedless of long-term results – even in the market revolution that has made so many Chinese people rich.

Yu Hua reminds you that China is still a poor country – median income between ninety and a hundred in the ranking of nations, in the zone with Cuba, Angola, Iraq.

The wealth revolution that we’re conditioned to celebrate has been a hardship for most Chinese, he is saying.  The divorce rate goes up on the same curve as the GDP.  A “simmering rage” is the ruling popular emotion, he wrote in an invaluable collection of essays, China in Ten Words (2011).  The capitalist revolution has been bad for human-rights awareness. “This revolution has made the Chinese people profit-driven… They care less about other people, less about the country.”  Our people are losing their health, he says.  And what about their minds?  “People’s minds are chaotic, schizophrenic,” he replies.  “I can’t figure them out.”  The last resource is the Chinese people, I say, and surely they are not destroyed.  “I was half joking, half telling the truth,” he ends, with a laugh.

So we end on a Chinese paradox.  Yu Hua sums up China’s contradictory rules and symptoms today with the point that when guests enter a hotel room in China, they see a “No Smoking” sign and, under it, a gift package of cigarettes.  He lives with such anomalies every day. His novel To Live is sold in bookstores in China.  The movie version is banned.  “The book is like the cigarettes,” he said, “the movie is like the ‘No Smoking’ sign.”

It was a high-point in China so far to feel Yu Hua’s presence. 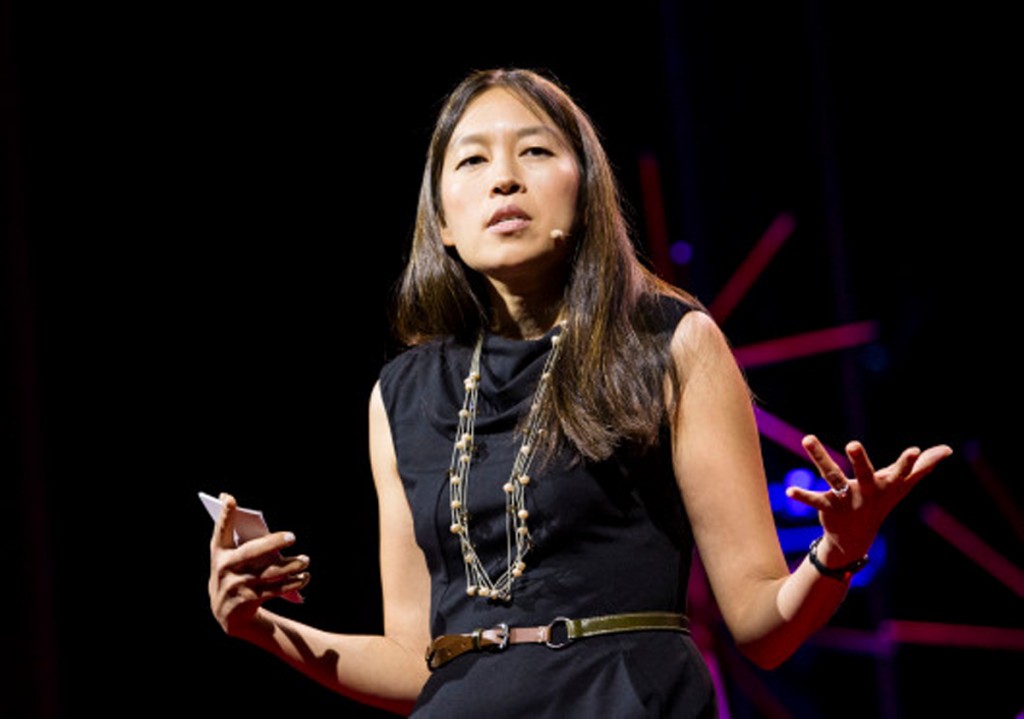