We like to call Open Source “an American conversation with global attitude.” It was the first podcast and now it’s a weekly show on 90.9 WBUR, broadcasting Thursday nights at 9 and Sundays at 2pm. Drawing on our roots here in Boston, we’ll remind you why the city has been the capital of ideas in America since the heyday of Emerson and Thoreau in the 1840s. We’re an independent production company funded by grants, gifts and donations.  Please consider becoming an Open Sourcerer by donating.

Our theme music was composed by Dafnis Prieto, the Cuban-American bandleader and drummer. We’re on Twitter, Facebook, and also iTunes—where you can subscribe to our podcast.

Help us plan upcoming shows. Share links, suggestions, angles. Sharpen the question, make the connection, and change the conversation. Contact us at info@radioopensource.org. Or leave us a message on our listener voicemail at (617) 651-2421. 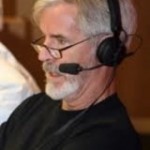 Christopher Lydon covered politics for The New York Times from the Washington bureau in the 1970s. He hosted The Ten O’Clock News on WGBH TV through the 1980s, and he co-founded and hosted The Connection on WBUR in the ’90s. He recorded the original podcast in 2003 with Dave Winer. The rest is history in the making. 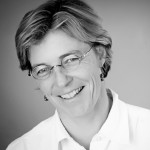 Mary McGrath began her career in public television in New York in the 1980s. She met Chris Lydon in 1993 at Charlie’s Sandwich Shop on Columbus Ave. in the South End, where they hatched The Connection and a 20-year-long adventure and partnership. More to come.

Adam Colman has written for The Boston Globe, The Believer magazine, The Organist from KCRW and McSweeney’s, and more. An award-winning producer, editor, technical director, reporter and announcer for public radio programs such as NPR’s Here & Now, Car Talk, Only A Game, The Connection, and WBUR’s Morning Edition and Inside Out Documentaries, George capped off 24 years at WBUR as the co-creator, editor and producer of the hit podcast, Food, We Need To Talk. Susan Coyne is the in-house illustrator for Open Source. She received her MFA in Illustration from the School of Visual Arts in 2016. Before that, she worked as an educational writer, a copyeditor, a translator, and a teacher, but this gig is by far the best. You can see more of her work at www.coyneworks.com. Open Source is a proud member of Hub & Spoke, a Boston-based collective of smart, independent podcasts. Founded in 2017, the collective supports and amplifies the work of independent producers making nonfiction shows such as The Briny, Iconography, The Lonely Palette, Mementos, Ministry of Ideas, Nocturne, Out There, Rumble Strip, Soonish, and Subtitle—podcasts that entertain listeners while expanding their minds with big ideas. To learn more about all of the shows in the collective, visit hubspokeaudio.org.