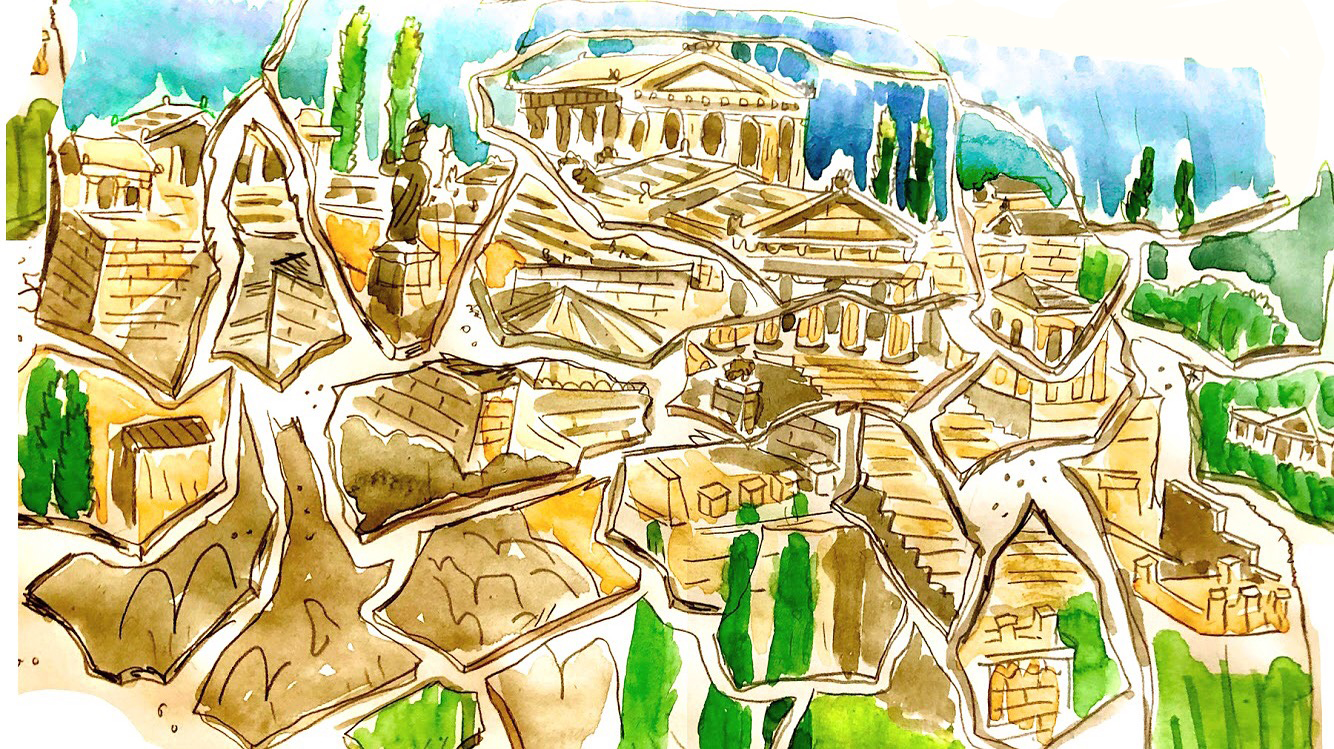 Astra Taylor's "What Is Democracy?"

A conversation about Astra Taylor’s new documentary What Is Democracy? with Astra Taylor, David Runciman, and Kali Akuno.

We used to know what we liked about that word ‘democracy,’ and we were ready to fight for it. Democracy meant “the recurrent suspicion that more than half of the people are right more than half of the time,” as E. B. White put it during World War II. In Civil Rights time, Malcolm X rubbed in the rhyme with hypocrisy: a real democracy would never short-change so many people of justice, freedom, the dignity of equality. In our time it’s money that seems to have bound and gagged democracy. And it’s social media that has wired a sort of zombie democracy into world-wide waves of anger, and the values of circus entertainment. Astra Taylor and Silvia Federici in “What Is Democracy?”

What can we say about our democracy when a Princeton study finds that the political preferences of the average American have “only a minuscule, near-zero, statistically non-significant impact” on public policy? The filmmaker Astra Taylor took the cue to write one more “death of democracy” book and to make a movie about her own global search for democracy over the ages.

Guest List
Astra Taylor
filmmaker, writer, activist
Kali Akuno
organizer, educator, writer, and co-founder and co-director of Cooperation Jackson,
David Runciman
Professor of Politics at Cambridge University
Gordon Wood
Professor of History Emeritus at Brown University
Reading List
Declaration of Independence
Astra Taylor
"As I accumulated and read these books, I couldn’t help but notice who wrote them. Women authors were decently represented in narrower academic domains, particularly within political theory, as we’ll see, but when it came to sweeping treatises aimed at a popular audience, half of humanity seemed to disappear... Troublingly, most of the big books on the theme of self-rule uphold the image of democracy—both doing it and writing about it—as primarily a male business. Even more worryingly, the same trend holds true for the spate of democracy-in-crisis books that have been published since the 2016 election, with Madeleine Albright’s recent Fascism: A Warning (another book I confess I haven’t read) appearing as a proverbial exception that proves the rule. The People vs. Democracy, The Road to Unfreedom, Can It Happen Here?: Authoritarianism in America, Anti-Pluralism: The Populist Threat to Liberal Democracy, The Soul of America: The Battle for Our Better Angels, Trumpocracy: The Corruption of the American Republic, It’s Even Worse Than You Think: What the Trump Administration Is Doing to America, How Democracy Ends, and many more—all these books, fresh off the presses, are authored by men of a certain race and class. In crisis is opportunity, as they say, I suppose (or at least a book deal). While I’m sure some of the volumes listed above are perfectly good or at least decent, the handful I’ve read have left me rather perplexed—consider, for example, How Democracies Die, written by two esteemed liberal scholars whose conclusion includes the hard-hitting observation that Republicans need to fix their party (I’m sure conservative strategists are taking note). What I found odd was the way the alarmism that drives these books coexists with a sense that our political system basically works—or did, as recently as two or three years ago—and that if norms can be upheld, inequality magically kept in check, and reason respected once again, the nation can be put back on track and the slow forward march of progress can continue."
A People’s History of Democracy: An Interview With Astra Taylor
Leah Rosenzweig
"As a rule, Taylor approaches her film’s interview subjects—from the scholar Cornel West, to a formerly incarcerated hairdresser in Miami, to a young female refugee who fled Syria for Austria by way of Greece—as if they were all philosophers. Each person speaks openly about what they interpret democracy to mean. Some discuss its ideals, others its pitfalls, with a few lamenting its cooptation for nationalistic ends."
From Athens to North Carolina, Filmmaker Astra Taylor Asks: "What Is Democracy?"
John Thomason
"Midway through 'What Is Democracy?,' the political theorist Wendy Brown identifies Jean-Jacques Rousseau as the modern philosopher who departed most starkly from the individualist views held by thinkers like Thomas Hobbes, who famously prioritized bodily security above all else. Rousseau believed that humans could transcend their individual needs and flourish through the kind of collective self-determination that we now identify with successful democratic movements. Yet Rousseau believed that this flourishing did not come naturally. Too many aspects of modern life cut against the inclination to think and act in a collective manner, encouraging us instead to think of ourselves as atomized individuals. Thus, a paradox: Only a people with a democratic orientation can produce a democracy, but a democratic orientation can only come about from genuine experience with democracy. 'How do you make democracy out of an undemocratic people?' Brown asks. 'That’s our problem today.' The audience may not step out of 'What Is Democracy?' with a pat answer to its title question, but the film does give us some insight into Rousseau’s paradox. After watching Taylor’s careful Socratic engagement with her diverse array of interlocutors, it’s hard to feel like there’s a paradox at all. She may find a dearth of democratic institutions and support for her many subjects—the formerly incarcerated, children from poor families, refugees—but she does not find a want of democratic culture. In almost every conversation, an insistent civic mindedness and recognition of some larger, inclusive group of diverse people—what might be called the social body—eventually comes to the fore. If these aren’t the seeds of democratic culture, then I don’t know what is. In Taylor’s hands, bringing out this culture is a matter of giving people the time, space, and comfort they need to feel recognized. And, finally, a matter of asking the right questions."
'Nostalgia Doesn't Speak to Me, History Does': Astra Taylor on Her New Film and 'Reaching Toward' Democracy
Hannah Gold
"Philosophers since Plato have framed emotions as the unruly passions. Suppress them, they say, and then let’s have this reasoned deliberation. If we could just debate among intelligent people with no emotional lives democracy would work—which isn’t true. We are emotional, affect is real. The film tries to get over that binary of head and the heart, or the mental and the menial, and that intellectual pleasure is a real thing. An epiphany is an emotion, a sensation. Curiosity doesn’t have to be this frigid, disembodied thing on the page. I mean that’s not how I live. I think it’s a very masculine idea. There’s definitely a gender component to it."
Who Is Astra Taylor?
Susan Cole
"The central tension – and this is one of the film’s key concepts – which emerges during the sequences shot in Miami is the one between democracy and freedom. When she asks several young adults what is democracy, almost all of the Americans say, 'Freedom.' But, as political writer Wendy Brown says, democracy is actually about a commitment to collectivity and at odds with freedom. In a moment in the film that’s amusing and distressing at the same time, one of Taylor’s interlocutors actually gets it, 'Oh, democracy. That’s when they tell you what to do.'"

Big Data: Who Are We On The Web?

On a corporatized Web, we’re often the sum of our all data — packaged and sold to data brokers for pennies. But the dream of the Internet was that we... 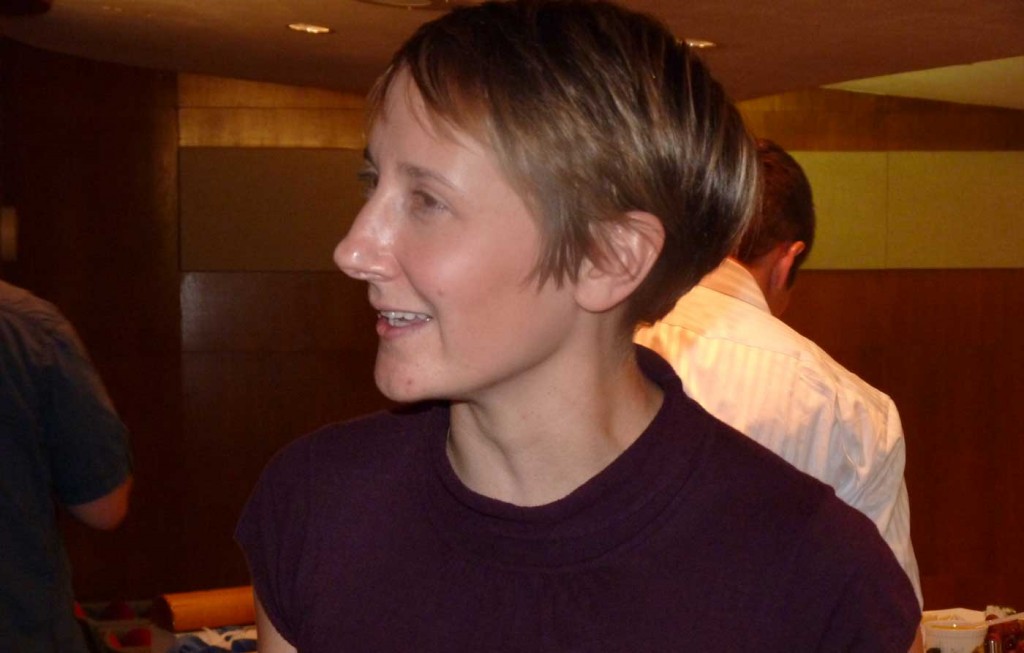 Vanessa Williamson: How the Tea Party Could Win it All

Vanessa Williamson could persuade you that the wily elders in the Tea Party have much more to show for their anger and agitation than the passionate youth of the “Occupy”...