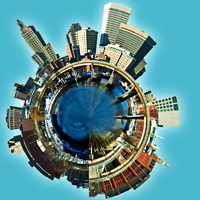 This fall we’ll go state by state, examining some of the most contested Congressional and gubernatorial races in the country. Tuesday we start with the Rhode Island Senate race between Republican incumbent Lincoln Chafee and his Democratic challenger, former state Attorney General Sheldon Whitehouse.

Chafee is sometimes seen as a maverick – he was the only Republican Senator to vote against the Iraq war, and wrote in George H.W. Bush for President in 2004 – but his primary campaign was staged with the full weight of Karl Rove and the Republican party behind him. Strategists consider Chafee’s seat, one of 55 held by Republicans, among the most vulnerable of 15 GOP-held spots up for grabs. But Election Wiki contributor Old Doc Keller writes:

[The race is] too close to call, since Rhode Islanders value Chafee’s independence while disliking the policies of the administration his party supports, but do not yet have faith that Whitehouse will be able to change the balance of power in Washington.

Can Whitehouse win “the Chafee seat”? Will Rhode Islanders choose Chafee for his politics or reject him for his party’s? Is this an opportunity to re-invigorate the state’s small but feisty Republican party?

If you’re in Rhode Island and you’d like to weigh in, leave a comment here and contribute to our Election Wiki here.

We recorded Blogger Gail Murray, Common Sense Evangelist, earlier today. She’s been living in West Greenwich, RI for 34 years and she has great insight as to how things have changed. We love the tape but we couldn’t figure out how we would integrate it into the show. We encourage you to take two minutes and ten seconds out of your day to give Gail’s interview a listen.

Special thanks to David Ivanick, who recorded our Providence sound.

Extra Credit Reading
For a full reading list, check out the The 2006 Election Wiki.Chuck Nevola, A Modest Proposal, The Senescent Man, September 14, 2006: “I agree that we’d be better off with a Democrat who is at least vulnerable in 6 years as opposed to 6 more years of Chafee. I mean, I’ll have wait 12 years to see a chance at a real Republican in that seat. By then I’ll be gumming my food and too arthritic to write a word.”

Jim Baron, Difference between Senate candidates likely too subtle for average voters, The Woonsocket Call, September 18, 2006: “Whitehouse’s One Big Issue is that if you elect Lincoln Chafee, you are voting to put Republicans in charge of the Senate for two more years to advance the agenda of President George W. Bush and the right wing. I hate to break it to you folks, but that is not only the One Big Issue of this senatorial campaign, it is virtually the only one.”

Matt Jerzyk, And So Begins the War: Chafee v. Whitehouse, RI Future, September 14, 2006: “Can the Democratic education effort aimed at convincing voters that Chafee is pro-Bush and Whitehouse is anti-Bush actually work?”

Mark Comtois, Lessons Learned, Anchor Rising, September 13, 2006: “I guess that perhaps I did learn one lesson: while not ideologically conservative, Rhode Islanders are functionally conservative. They go to the polls and reafirm their support for the Kennedy’s and the Chafee’s every 2, 4, 6 years. They like their patricians.”

Brian McGuirk, A Democrat critiques Chafee’s progressive apologists, briSite, April 30, 2006: “Chafee’s deal with the Senate Republican leadership is this: given the small Republican majority in the Senate, Chafee allows bills and amendments that…he personally opposes to get to the Senate floor anyway, and, after that, he’s free to vote as he wishes while the Republican majority passes the legislation.”

Lexington, The independent man Lincoln Chafee is one of the last of a different kind of Republican, The Economist, September 14, 2006: “Thus Mr Chafee has survived to fight another day with the help of cash from a party where he is not at home and with the votes of 14,000 or so people who belong to the other side.”

John Dickerson, Chafee the Bruiser: The incumbent’s win in Rhode Island is a sign of the tough fight to come, Slate, September 13, 2006: “A leaflet reportedly distributed by the National Republican Senatorial Committee criticized [Chafee’s opponent in the Republican primary] for his choice of car interior: ‘Apparently, a regular interior isn’t good enough for Steve Laffey.'”

I wouldn’t call Lincoln Chafee child-like, but he does have the penetrating eye of the innocent kid who sees through magicians’ tricks — who speaks up about what emperors are...