It’s as though across time, images, I mean it sounds strange to say it, but images recognize each other. Or pay tribute to each other. But you know, then you say, how can images do that? And is it the photographer who did it consciously? But it looks as if it isn’t quite like that. It has to do with coincidences. Coincidences are what Einstein called “God working incognito.” 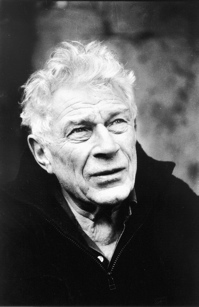 When I first saw Lawrence Weschler’s book of convergences, my initial thought was, huh, this is like John Berger lite. The way that Weschler places images side by side and reads them the way one normally reads text, the way he ponders a particular cultural and historical moment contained in a set of images, is so precisely Berger that I immediately wanted to pull my Berger books off the shelf and revisit them. Books like Ways of Seeing, in which Berger peels back layers to reveal an image’s meaning, hidden or mystified by the everyday banality that comes from seeing thousands upon thousands of images in modern life, or by the attempts of art historians to place images in a sacred context that is unreadable four hundred years later. Or his later collection of essays, About Looking, which has a startling and deeply moving piece (one of my all time favorites) about why we look at animals.

Sure enough, when I read the introduction to Weschler’s book, he confirmed my suspicions in the very first sentence. Weschler was inspired by Berger’s work, in particular, a 1972 essay from The Look of Things, in which Berger notes the remarkable convergence between Rembrandt’s painting The Anatomy Lesson, and photos of newly dead Che Guevara splayed out by his captors. Weschler writes that this essay and this pairing gave him permission in a way, to play the kinds of visual games and make the kinds of associations he does in his own book. And that is what is so great about John Berger’s work. It helps us all to read and decode images, to “read the morning paper” differently (as Weschler would say) than we otherwise might. My high school art teacher pronounced Berger with a hard “g.” But Weschler pointed out to me that softening the “g” gives you the French word berger, as in “shepherd.” How delightfully fitting.

It was always our hope to get John Berger on the convergences show, but we didn’t think it would happen. He’s 80 years old now, and lives in a small village in rural France. We’d kind of given up on hearing back from him, but at the 11th hour Chris and I were able to speak to him by phone. It was kind of remarkable. His slow pronouncements were like koans from a zen master; they didn’t all make sense the first time around, but after hearing them three and four times I could see how profound and true and wise they were. Here now (finally) is a fully distilled interview with the master himself.

John Berger’s most recent book is a novel called Here Is Where We Meet.

Over my lifetime, I have collected images that have informed me about the way life has been lived. … In a way, art taught me how to look at life,...

Newcomers to the site often ask where to start listening, so it’s high time we compiled a Best of ROS series. Send us your top ten lists; we’ll add ours...