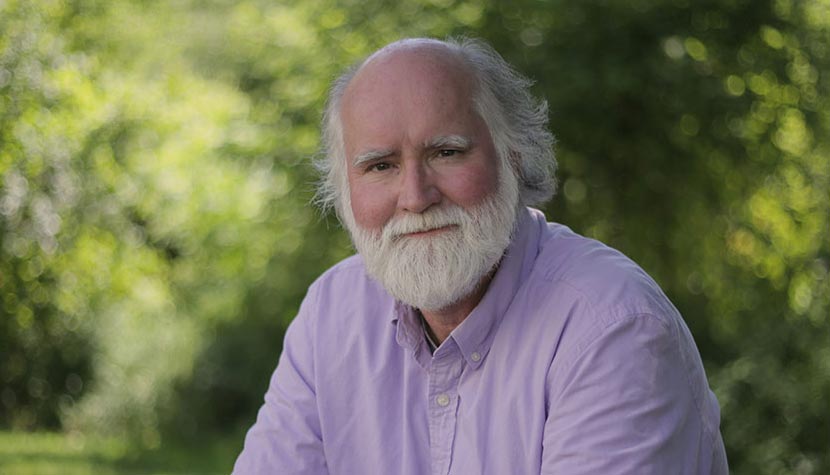 How quaint, just months ago, talking with Nicholson Baker about his inside-poetry novel, The Anthologist, to suppose his idle moments were consumed with Swinburne’s rhymes and the march time of Kipling’s four-beat lines. In truth the happy horndog inside this sportive, omnidirectional, irresistible prose guy was fantasizing a sex theme park, a House of Holes, and compiling a new book of Bakerisms to name the moving parts in the park: “his united parcel,” “her snatch patch,” “his Pollock,” “her shimmering chickenshack,” “his pulsing hellhound” and her ecstatic scream: “Ice my cake, dickboys. I want to feel like a breakfast pastry.” And then, when the tipping point arrives, “his Malcolm Gladwell.”

John Updike, no matter the lyricism of his explorations, was tagged a “phallocrat” and worse. But when Nicholson Baker blows the wad of his imagination in House of Holes, Katie Roiphe volunteers over lunch to “protect” him; she’d never imagined sitting in a restaurant “with someone as decent and thoughtful and gentlemanly as Nicholson Baker.” Elaine Blair in the New York Review of Books says House of Holes lives in “a magic circle of wholesomeness.” She concluded it would be salutary for her kids, and yours, to read it: “House of Holes will introduce impressionable readers to many interesting sexual possibilities without a whisper of stereotype or slur. You can be sure that no matter what scene your children are masturbating to, they are not objectifying women. But you will have to make sure that they accidentally stumble on it soon, before they find the Internet, if they are to have a fighting chance at being wholesome and delightful fuckers instead of hopelessly depraved ones like yourself.” Janet Maslin likes it, too.

Our conversation may be your only chance to hear Nick Baker read from House of Holes, a book of raunch, which wasn’t written for the radio circuit. Listen carefully and you can hear him blushing. And laughing. And defending “my sacred Faulknerian duty,” as he said “to put it on the page. And I did.”

We’ve all got these layers of self, and a period where you think, well, I’m just going to give myself over to whatever it is — to learning how to drive, or drawing a tree, or the history of war. But there are just times of your life where you think well, I’m just really going to think really hard about, I’m really going to fill my mind with the most graphic, interesting sexual imagery I can possibly find, I’m going to really go overboard with that. At least that’s what happens to me. Isn’t the job of a novelist to be true to all of these different rooms in the house of fiction? All these different places? All those things happen, so isn’t the job of the novelist to include them all, and to kind of confront everyone with the fact that life that is confusingly kaleidoscopic?

Nicholson Baker with Chris Lydon at Upstairs on the Square, Cambridge, MA. October 2011.