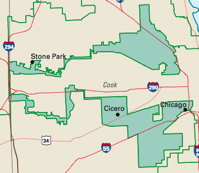 We’ve done three shows so far looking at various problems with America’s electoral process. (Here, here, and here.) The next question on the docket: how do you kill a gerrymander?

Redistricting is a necessary part of democratic upkeep: changing the boundaries of political districts to account for census-tracked population shifts every ten years. So when did redistricting go from being a necessary evil to just, well, evil?

As The Economist put it, “in a normal democracy, voters choose their representatives. In America, it is rapidly becoming the other way around.”

In most states, districts are drawn by incumbents — often the majority party — who move boundaries around populations to ensure predictable, non-competitive victories; make it almost impossible to unseat incumbents; and ensure that the legislative majority remains in the legislative majority. And now that the Supreme Court has ruled that state legislators can draw new maps whenever they want, we’re likely to see a lot more (partisan) redistricting a lot more often.

So does redistricting have to be a dirty word, or an intractable political problem? Does the political will exist to change the system? Who should draw the lines, and how should they be drawn?

Professor of Political Science and Director of the Institute for Government Studies, UC Berkeley

Redistricting consultant to Los Angeles County and the Justice Department

Chris’s Post-Game Analysis We righteous folk from Massachusetts can’t address these “representative democracy” issues with any moral authority at all. We’re the home, after all, of Elbridge Gerry (1744 –...