Two Fridays ago, Orhan Pamuk, Turkey’s best known and most controversial author, was awarded the Nobel Prize in Literature. Pamuk is the most famous of about 60 writers and publishers who have been prosecuted under Article 301, a part of the Turkish penal code that makes it a crime to “insult Turkishness,” for speaking out about the mass killing of 1.5 million Armenians in Turkey during World War I.

Only a few days after Pamuk was awarded the Nobel, the French parliament passed the first draft of a bill that would make it a crime to deny that the death of said Armenians amounted to genocide.

Although French PM Jacques Chirac has since apologized for the bill, some Turks feel that the French resolution is part of broader anti-Turkish sentiment coming from Europe, a sentiment, they say, that is also reflected in resistance to let Turkey join the European Union. The same people say that Pamuk was recognized more for his political statements than his literary merit.

We’re going to try to understand what this conversation sounds like in Turkey. In this modern secular state with a Muslim majority, built on the foundation of one of the great, complex empires of the last century, what’s the interpretation of or consensus on “the Armenian question”? Why is it such a taboo subject? What does the reaction to Pamuk’s award and the French resolution say about the country? Why is it that Turkey’s literary figures have become its dissidents? And what’s the relationship between historical Turks and Armenians and those in the present?

Turkey correspondent for The Economist

Deborah Ann Dilley, Turkey is Typing, Global Voices Online, October 14, 2006: “Two things have been the subject of debate this week in the Turkish blogosphere…Orhan Pamuk being awarded the Nobel Prize for Literature and the passing of a Armenian genocide law in France.”

BBC News, French in Armenia ‘genocide’ row, BBC News, October 12, 2006: “‘Turkish-French relations, which have been meticulously developed over the centuries, took a severe blow today through the irresponsible initiatives of some short-sighted French politicians, based on unfounded allegations,’ the Turkish foreign ministry said.”

Murat Altinsabak, Orhan Pamuk: Renegade or Pioneer?, Amerikan Turk, December 24, 2005: “What I believe is certain is that this fiasco that the Turkish courts have brought upon themselves is completely un-necessary, an embarrassment, and a detriment to the aspirations of joining the EU. In my view, Pamuk spoke his mind about subjects which I believe haunt every Turk at some level. He has “said what everyone is already thinking“, as the saying goes.”

Erkan Saka, La France Irrationnel (7)- Liberté, Egalité, Stupidité, Erkan’s Field Diary, October 13, 2006: “Today has been a sad day. Not always I get sad with broader political happenings around me as I am quite used to politics by now, but I can’t help being upset this time. And many people around me seem to be upset. Anger turned into a kind of despair. A national parliament of a very significant country explicitly takes aim at Turkey.”

Orhan Pamuk, Freedom to Write, New York Times Book Review, May 25, 2006: “Until then I had stood on the margins of the political world, never entering unless coerced, but now, as I listened to suffocating tales of repression, cruelty, and outright evil, I felt drawn to this world through guilt— drawn to it, too, by feelings of solidarity, but at the same time I felt an equal and opposite desire to protect myself from all this, and to do nothing in life but write beautiful novels.”

Reuters, Turkish army accuses Armenia, tensions rise, Reuters, October 13, 2006: “Turkey’s military said on Friday Armenian soldiers fired into its territory two days ago amid an escalation in tensions after France’s passage of a law making it a crime to deny Armenians suffered genocide by Ottoman Turks.”

Aljazeera Turkey: Armenia forum goes ahead, Aljazeera, September 25, 2005: “Protesters waved Turkish flags and chanted slogans accusing the conference participants of betraying the nation. But the mere fact that the conference had gone ahead prompted strong praise from local media.”

Observer, Genocide Vote: Impacts, Consequences, Blogrel, October 13, 2006: “Censorship and lynching are not appropriate anymore, not in Europe! And this is something the ‘European’ Turkey should remember before making all the fuss about the Genocide Bill in France.” 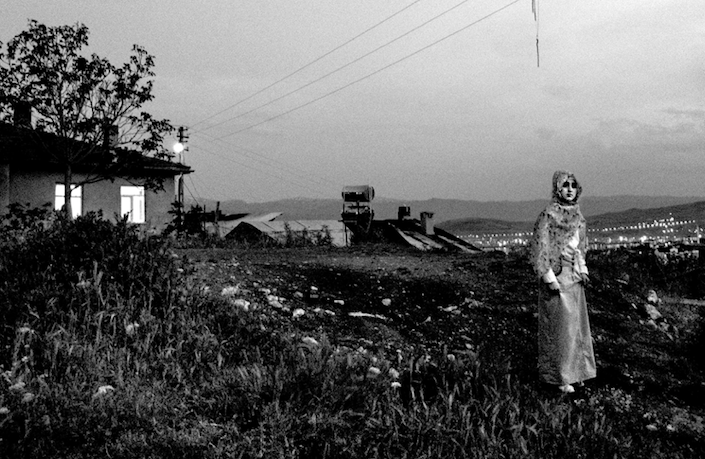 Where is Armenia, the place, the idea? Where then? Where now? And how come the delight on top of the darkness in saying “I am Armenian”? Armenians were a tiny,...

Click to Listen to the Show (24 MB MP3) For me, writing fiction is not necessarily telling your own story. It’s just the opposite, in fact. It is the ability to...