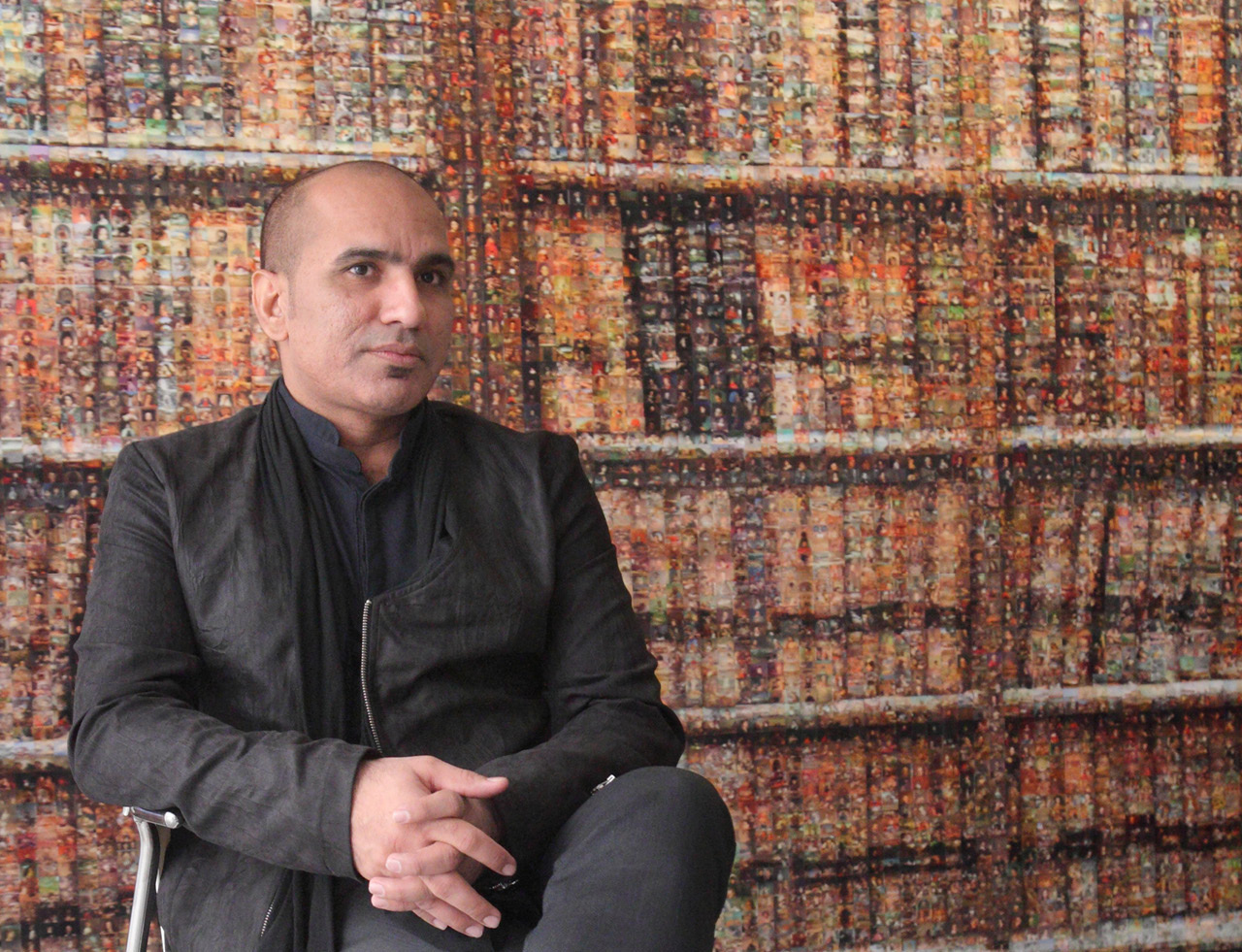 Images that contradict themselves on closer inspection are his signature work. In his “Veil” series, for example, what look like stylized impressions of shrouded Muslim women turn out to be composed of innumerable tiny frames of white European and American women from hard-core Internet pornography. So, in effect, two pretty gross distortions of womanhood East and West, two over-familiar sides of the same debased coin, are addressed in a one composite image.

Stunning at a formal level, the work is idea-driven, too. We are talking about some of the “historical and political connotations,” as he calls them. Overall in his work, and in conversation in his Lahore studio, Rashid Rana seems to be saying: Look again at Pakistan! It’s not freakish or a world apart. It may in truth be a fair sample of turmoil and transition almost anywhere in this 21st Century. And of course we may all be involved in what it is going through.

I don’t think of Pakistan in isolation… Pakistan is a mini-globe, a mini-world. Whatever exists in the world today — the polarity, the polarization of the extremely rich and extremely poor and all the diversity and variety that exist are encapsulated in this place called Pakistan. It’s a mini-version of the entire globe.

Rashid Rana in his Lahore studio with Chris Lydon at mid-summer, 2011. “I Love Miniatures” was Rashid Rana’s breakthrough piece almost ten years ago, born in a spirit of mischief and light mockery. What appears across the gallery to be his version of a Mughal emperor’s miniature portrait turns out to be a digital montage of tiny photo images of advertising billboards in Lahore. This was Rana’s cheeky response to a ‘neo-miniaturist’ vogue in the 90’s — a revival of tradition that caught on in London as well as in Pakistan. “My whole issue,” he’s remembering, “was that only something with an ethnic label was going to be recognized as Pakistani. I thought: if this is the way it’s going to be I’m going to subvert the idea with what I want to say and do. So I showed them a miniature painting they wanted to see, and made it with the immediate visual culture of my city today. And that’s how a journey of documenting paradoxes and dealing with duality started in this formal and conceptual device.”

In Rana’s “Red Carpet” series, rugs that look first like the familiar icons of Eastern craft and beauty reveal on a closer look the artist’s own photographs of animal blood and gore in a Lahore slaughterhouse. So he is playing with a pixielated pointillism that declares he has taken membership in the digital age and a global conversation — but mainly to talk back with these stylish and intellectually challenging spoofs of media, pop culture, mass marketing, headlines, first impressions and common talk. 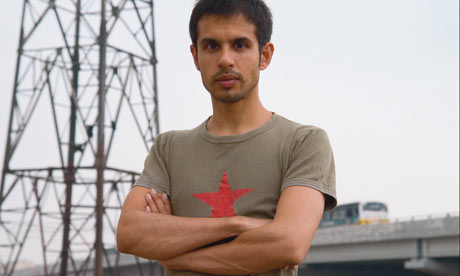 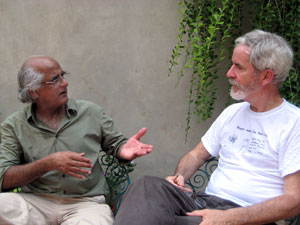 Salman Rashid, adventurer and prolific author, had offered to guide our discovery tour of Pakistan — in the spirit of Kipling’s Kim and his lama, or earlier of the Victorian...