William Kristol — still writing that the Iraq War and the George W. Bush presidency are bound for long-run glory — may be the case study of neo-con imperviousness to evidence, also of invincible error as a career move that works in our media. The historian David Kaiser has posted an exhaustive Kristol file on Iraq, a five-year string of howlers. Except that almost nobody’s howling.

Jebediah Reed at Radar Online has done a scorecard on four commentators “getting rich by being wrong” on Iraq: David Brooks and Tom Friedman of the New York Times, Fareed Zakaria of Newsweek and Peter Beinart, who has graduated from The New Republic to hard covers. “At the pundits’ table,” in Reed’s subhead, “the losing bet still takes the pot.”

But let’s be constructive. The thread through my string of interviews here is that some people got it certifiably right — 33 foreign policy scholars who signed and paid for a New York Times ad in September 2002 that argued concisely that “WAR WITH IRAQ IS NOT IN AMERICA’S NATIONAL INTEREST.” What were they thinking? How did they know? 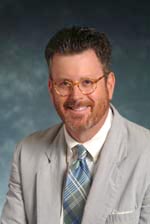 Michael Desch of Texas A & M

Michael Desch, then at the University of Kentucky, observed just as the US invasion of Iraq began, that the Ominous Precedent and in a sense the strategic model for the Bush warriors was Israel’s war on Lebanon, led by Ariel Sharon in 1982 and ended 18 years later by Ehud Barak’s withdrawal from Southern Lebanon.

Israel’s Lebanon war and the U.S. war in Iraq are alike in at least four respects. Proponents of both wars regarded them as parts of larger plans to change fundamentally the strategic landscape in the Middle East. Advocates of each took liberties with the truth in making their cases for war. Both the Israelis and the Americans made some questionable alliances in the course of their wars. And finally, both sought to implement major political transformations in deeply divided societies.

Michael Desch, “Ominous Precedent” in The American Conservative, May 5, 2003

As chance would have it, Michael Desch now holds a Texas A & M professorship named for the Defense Secretary Robert Gates, in the school of public policy named for the President of the United States. He remains, in our conversation, unflinchingly critical of “the party of war” and the thinking that took us to Iraq. At the top of the chattering pyramid, Desch is struck (as I am) by “how few have paid any price for being wrong.” We have a political system, and it seems a public conversation, that are “completely unaccountable.”

In the works: conversations with New York Times ad signers Barry Posen and Steve Van Evera of MIT, Peter Liberman of Queens College, Steven Miller of Harvard and Shibley Telhami of the University of Maryland and others.

Shouldn’t we be hearing more from the brave sages who pegged the dangers — even called the outcome — of the Iraq war remarkably, precisely right. This begins a...

On the other hand… Peter Liberman forms his own category in this sampling. Let us call him an Optimistic Realist. Meaning: he doesn’t expect the US can or...