Shouldn’t we be hearing more from the brave sages who pegged the dangers — even called the outcome — of the Iraq war remarkably, precisely right. This begins a series of interviews with a slate of them. 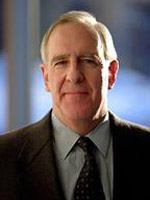 Commentary around the Iraq war — and the prospect of a sequel in Iran — is full now of confessions of past error — most of them partial and opaque confessions, well short of the full “mea maxima culpa.”

See, for example, from the original “war blogger” Andrew Sullivan’s Time column, “What I Got Wrong about the War.” His grievous analytical errors may all be erased in time, Sullivan concludes cheerfully: “it is far too soon to know the ultimate outcome of our gamble.”

Or see Michael Ignatieff’s gentle slapping of his own wrist in the New York Times Magazine in August for Getting Iraq Wrong and presumably for proclaiming “The American Empire: Get Used to It” in the same magazine back in January, 2003, just before the war began. His contrition is hedged by the sense he was “right to be wrong,” as Tony Judt noted in the Times, about “the worst foreign policy error in American history.” From the not quite chastened war enthusiasts the insinuation is that “wrong for the right reasons” beats “right for the wrong reasons.”

But let it not be forgotten that there were serious, smart professionals who, in timely fashion, were simply, sweepingly right about the Iraq catastrophe that’s still metastasizing. It wasn’t guesswork, and it wasn’t secret.

On my office wall I keep posted a quarter-page New York Times ad ad from September 26, 2002 — paid for by the signatories because the Times wouldn’t accept it as an op-ed — in which 33 scholars of international relations spelled out the reasons why “WAR WITH IRAQ IS NOT IN AMERICA’S NATIONAL INTEREST.”

If they had been stock-pickers applying the same diligence, foresight and clarity to the market that they applied to Iraq five years ago, by now they’d be managing big portfolios. They might be hedge-fund trillionaires. But in the curious marketplace of foreign-policy ideas, the signers here are today mostly obscure, unthanked scholars, whose advice hasn’t yet been heard by the general public.

Their thinking sounds conservative today, prudent in the style of the “realist” school of foreign policy. Many of their arguments against the war seem clairvoyant, almost miraculous now, the moreso because we’ve been conditioned to accept that the evidence on Iraq and the judgment on war was all foggy. Their main points, on the contrary, were pretty simple:

(1) Saddam Hussein, murderous despot though he was, had not been credibly linked to Al Qaeda or 9.11 (2) Even if he had nuclear weapons he couldn’t use them without massive retaliation from the US or Israel. (3) As the first Bush administration understood after routing Iraqi forces from Kuwait, conquering Baghdad and changing the regime could spread instability in the Middle East, threatening US interests. (4) The United States would win a war with Iraq, but Iraq could make it ugly, perhaps with chemical and biological weapons, perhaps with urban warfare. (5) “Even if we win easily, we have no plausible exit strategy. Iraq is a deeply divided society that the Unites States would have to occupy and police for many years to create a viable state.” And (6) Al Qaeda was the greater threat than Iraq. War on Iraq would divert the more urgent campaign, and take down the American reputation in the process.

Robert J. Art of Brandeis University outside Boston was first alphabetically among the signers of the Times ad, and first in our series of interviews this week. He was looking forward toward Iran as well has in the rearview at Iraq:

If I thought that Iran, armed with nuclear weapons under the current or some like leadership, would actually use them, or be emboldened to go out and attack various countries like, for example, Israel or Saudi Arabia, I would say: let’s go! But Israel has nuclear weapons. The Cold War demonstrates that extended deterrence does work. The American nuclear umbrella can work, has worked, is working at present. Iran’s conventional forces are quite weak.

You have to take the long-term view, and the long-term view is you’ve got a country where something like 60 percent of the population is under 25. The worst possible thing would be to launch a military strike. First of all it would not be small. It’s not ‘surgical.’ You don’t just go and bomb sites. You have to bomb the air defense sites. You have to bomb the missiles they can retaliate with. You bomb the Revolutionary Guards. You do a lot of bombing. This is not a 24-hour operation. You’re talking about days or up to a week. And there will be lots of casualties. The political fallout in the rest of the world will be terrible. We’ve lost so much legitimacy. But the consequences in Iran for Iranian-American relations, I think, would be disastrous. All you do is embolden the hard-liners. They just turn around and say: see, we told you so. And here we’ve got a potential base of millions of young Iranians who like the United States and love American culture. I can’t think of anything stupider than to engage in a military strike.

Robert Art calls himself “a realist with a heart.” Colleagues respect him as the textbook type of strategic analyst, often consulted by the Pentagon and the CIA and well connected in the network of academic think tanks. His most recent of many books casts a rueful, independent eye on the modern US record of Coercive Diplomacy, meaning the use of military force or threats to change behavior, from Haiti to North Korea.

Next up: Michael Desch at Texas A & M, then Barry Posen and Steve Van Evera at MIT.

They Got It Right: (3) Barry Posen

The nightmare isn’t half over. Barry Posen and Steve Van Evera, colleagues in security studies at MIT, both see a US military strike coming on Iran — executed...